Victoria Beckham could not help but take a jab at her soccer star husband's choice of footwear when they commemorated Remembrance Day with their son Cruz and daughter Harper.

AceShowbiz - David Beckham has vowed to take "revenge" on wife Victoria Adams after he was mocked by fans over a hilarious snap she shared.

The 45-year-old former soccer star was left red-faced after the fashion designer shared a picture of them on her Instagram page as they silently stood outdoors with son Cruz Beckham and daughter Harper to commemorate Remembrance Day (November 08).

In the original snap, David was smart in a grey blazer and white shirt, with a poppy attached to his lapel, and a pair of brown trousers. However, he finished his look off with an enormous pair of brown boots - with fans mocking David's choice of footwear.

"David, Goliath called, he wants his boots back!" one follower joked, while a second added, "Had to (do) the 2 minute silent outside and couldn't find his slippers so he found the Gaston costume boots."

Later, David took to his Instagram Story to insist that Victoria was supposed to crop his boots out of the picture, which he posted alongside an image of the Disney character Gaston from "Beauty and the Beast (1991)" while poking fun at the error. 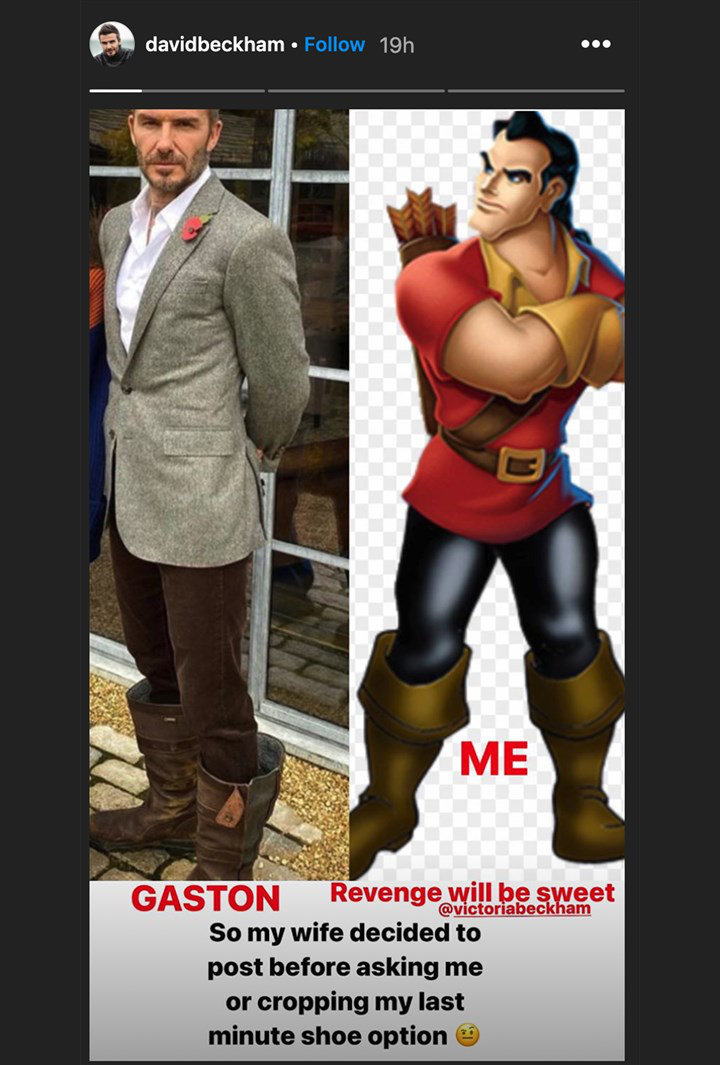 David Beckham vowed to take revenge on Victoria for his boots blunder post.

"So my wife decided to post before asking me or cropping my last minute shoe option," the dad of four explained, adding, "Revenge will be sweet @VictoriaBeckham."

Former Spice Girls star Victoria went on to make final dig at her husband, as she re-shared his comparison post and quipped, "Gaston wants his boots back." 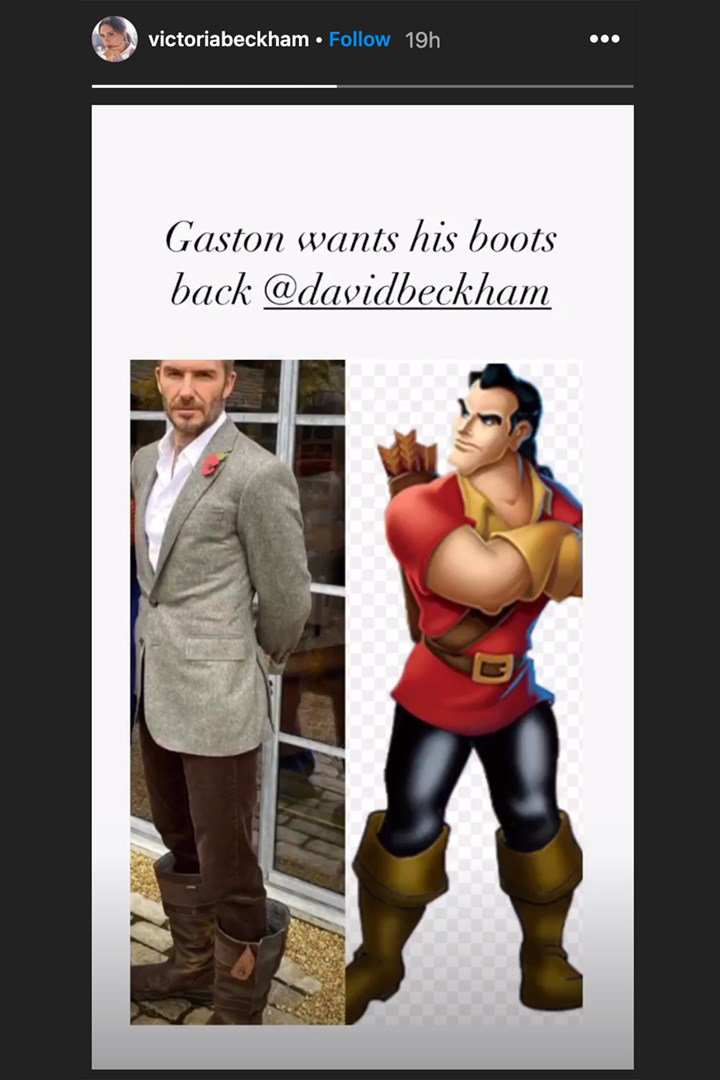 Victoria Beckham took a jab at David's fashion blunder with a comparison to Disney's Gaston.

David and Victoria have been married since 1999 and share four children together, sons Brooklyn Beckham, 21, Romeo Beckham, 18, and Cruz, 15, as well as 9-year-old daughter Harper.