The Bravo personality claims in a new episode that after former cast member Vicki Gunvalson's birthday party last year, Sean Burke texted her a message which allegedly read, 'Hi Gina, just checking in all is OK :).'

AceShowbiz - Gina Kirschenheiter was confronted over her shocking revelation about Braunwyn Windham-Burke's husband Sean Burke in the Wednesday, October 21 episode of "The Real Housewives of Orange County". The 36-year-old reality star claimed that Sean sent her a "creepy" text last year.

It started after Gina confronted Braunwyn for shaming her for living in a "tiny condo." She called Braunwyn while she was having dinner with Emily Simpson, asking her, "I heard you're taking shots at me." Braunwyn didn't deny it as she responded, "I have been!"

The latter went on to say, "I've learned some things you've said about my husband and they're not cool." When Gina asked for more details, Braunwyn said, "All that bleach must have went to your brain, but I'm not going to say that over the phone! If you want to talk to me, you can come over, I can go to your house ... I want to look you in the eye and you say it to my face."

Gina claimed that Sean texted her after former cast member Vicki Gunvalson's birthday party last year. "Hi Gina, just checking in all is OK :) Braunwyn is asleep, but I got her to the condo first. Anyway, have a good night, and it was great to spend time with you :) Oh this is Sean probably should have started with that," the message allegedly read.

Meanwhile, Braunwyn recently admitted that she's currently living separately from Sean. "I love him dearly, we haven't gotten along this well in a long time. We're redefining what marriage means to us. Not following the old, antiquated rules anymore," she told Entertainment Tonight. "We're finding a new normal. We're renegotiating the terms of the contract when it comes to our marriage, for sure."

Despite the challenge, the Bravo personality believed that she and Sean "are [and] we will be married forever. We have one hundred percent faith we are going to raise our kids and grandkids together." 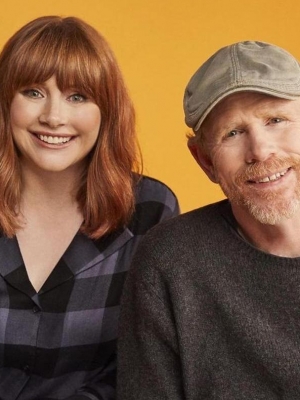