After admitting that she accidentally shared the raunchy selfie, the 'WAP' hitmaker posts a voice message on Twitter calling herself 'stupid' and 'retarded.'

AceShowbiz - Cardi B is partying away her recent social media gaffe. The rapper has been spotted hitting a stripper club with her estranged husband Offset after accidentally sharing an uncensored topless picture of herself that was actually not for public consumption on Tuesday, October 13.

The photo in question was up on her Instagram Stories for a while before she deleted it. It saw the Grammy Award-winning artist lying with her head resting on one of her arms, giving an eyeful of her bare breasts.

After rumors swirled that the photo was posted on her account without her knowledge and that she planned to sue over the photo leak, Cardi clarified that it was indeed her own doing, albeit unintentionally. "I did not post no story about me suing nobody ....nobody to be sued for," Cardi wrote on her Stories, "It was my f**k up...s**t happens." 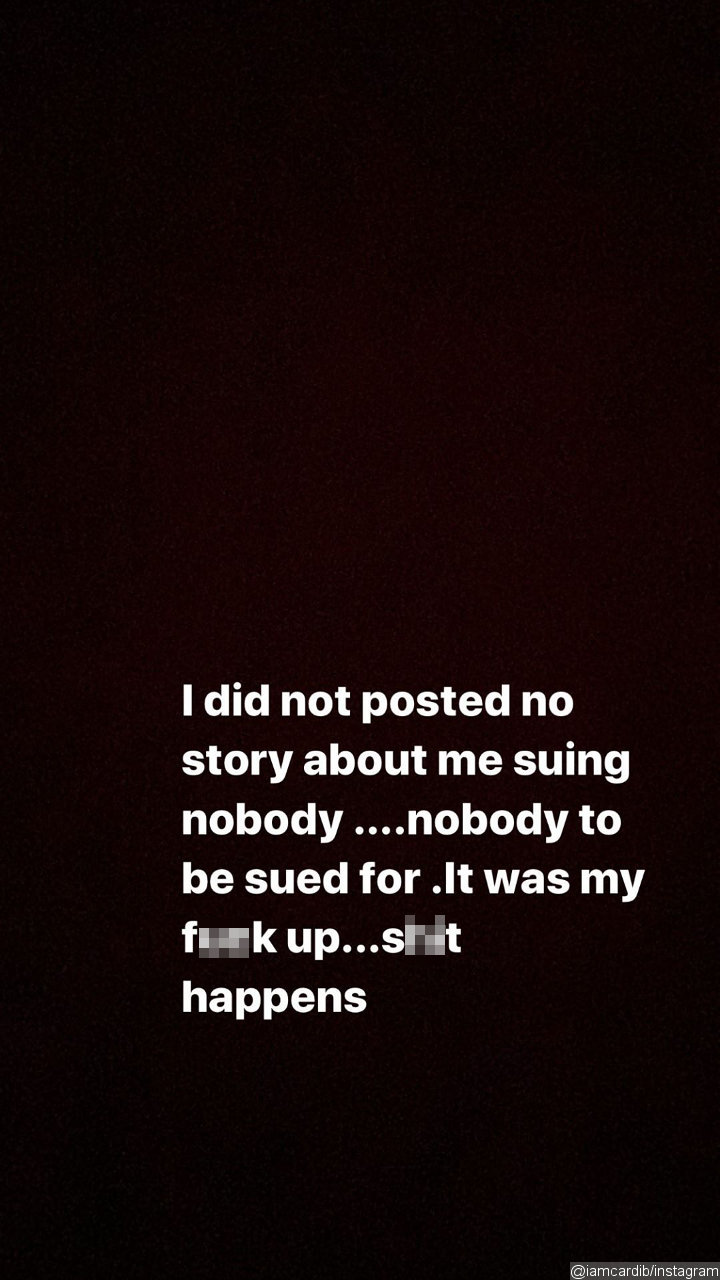 The Bronx femcee later took to her Twitter page to further address her "stupid" mistake. "Lord why the f**k you have to make me so f**king stupid and retarded? Why? Why? Why? Why?" she said in a voice message.

Saying that she's "not even gonna beat myself up about it" though, she added, "I'm going to eat my breakfast, and then I'm going to go to a party because I'm not even going to think about it. I am not going to think about it, ok? Nope, no I'm not. I'm not." She went on trying to assure herself, "It is what it is. S**t happens. F**k it, it's not even the first time. I mean, I used to f***ing be a stripper so whatever. Ay, Dios mio."

True to her words, Cardi did seem to have moved past the accidental nude photo leak by partying with Offset. On late Tuesday, the "WAP" hitmaker was seen splashing some cash on strippers in the club while the Migos star held the dollar bills and handed out some of them to her.

Meanwhile, following Cardi's accidental topless photo leak, her fans have been tweeting using #BoobsOutForCardi, in which they're sharing their own photos proudly showing their breasts.