The Juventus forward has been forced to sit out the soccer game between Portugal and Sweden as he enters quarantine after being diagnosed with coronavirus.

The striker was due to lead his country's team against Sweden in Wednesday's (14Oct10) UEFA Nation's League clash, but he has been forced to sit out the game.

A statement released by officials at the Portuguese Football Federation on Tuesday reads, "Cristiano Ronaldo was released from training with the national team after a positive test for COVID-19, so he will not face Sweden."

"The Portugal international is doing well, without symptoms, and in isolation."

Ronaldo's teammates all underwent new tests on Tuesday in light of his diagnosis, and no one else had contracted the coronavirus.

The sportsman and model, who plays for Italian side Juventus, will now have to spend the next two weeks in self-quarantine at home. 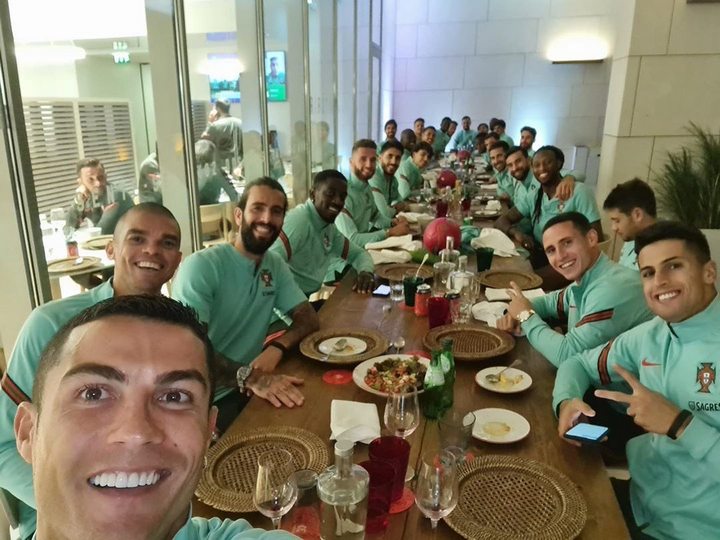 Cristiano Ronaldo and his teammates have a meal together

Before the test, Ronaldo posted on Twitter a picture of his having a meal with his teammates. The players all sat close to each other at a table with Ronaldo in the very front taking the photo himself. "United on and off the field!" the athlete wrote in the caption.

Nicki Minaj Bares All in Racy Photos on Her 39th Birthday

Actor Kaalan Walker Accused of Raping Over 30 Women Including Minor

Kyrie Irving May Take COVID Vaccine Under This Condition