The cast and crew members of the Netflix hit series have returned to work for the upcoming fourth season after the filming was halted earlier this year due to pandemic.

AceShowbiz - Production on season four of "Stranger Things" is back up and running following the Covid-19 shutdown.

Filming for the forthcoming series initially began earlier this year (20), but it was paused after just a few weeks due to the pandemic as the world went into lockdown.

Following the lead of a number of other shows, however, the cast is back on set, and the official "Stranger Things" Twitter account teased the upcoming episodes with a new photo.

Alongside a snap of a clap board from the set, they penned, "Meanwhile in the upside down…"

Natalia Dyer was among the stars snapped on set in costume as Nancy Wheeler while filming a scene outside of the Hawkins High School on Thursday (01Oct20) in Atlanta, Georgia.

Other Hollywood projects scrambling to adjust their production included movies "The Batman" and "Cop Shop" as well as TV shows like "Riverdale", "Batwoman", "DC's Legends of Tomorrow", "Supergirl", and "Chicago Med".

Film and TV industries have been struggling to adapt to post-coronavirus world since lockdown was first imposed earlier this year. Many projects were either pushed back or called off as the industry was brought to a standstill due to the worldwide pandemic.

Iron Maiden Forced to Return to Studio Due to Pandemic 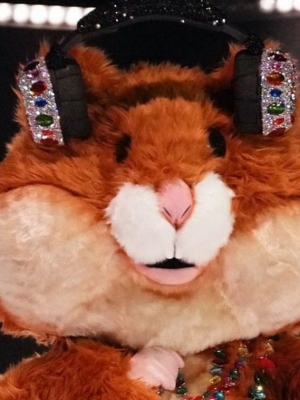