Kaitlyn Bristowe in Tears While Discussing Criticism Over Her Appearance

The reality TV star, who is set to compete for the Mirrorball Trophy in upcoming season 29 of 'Dancing with the Stars', further elaborates her feelings in a follow-up video.

AceShowbiz - Kaitlyn Bristowe opens up about the trolling she's getting ahead of "Dancing with the Stars". The former "The Bachelorette" star shows her vulnerable side on Instagram Stories by sharing a picture of herself crying because of the criticism she's received over her physical appearance.

"I forgot how mean people are when you go on TV," Kaitlyn captioned the picture which was shared on Saturday, September 5. "Just so many 'She looks so old and plastic' comments everywhere. You win today trolls. It got to me." 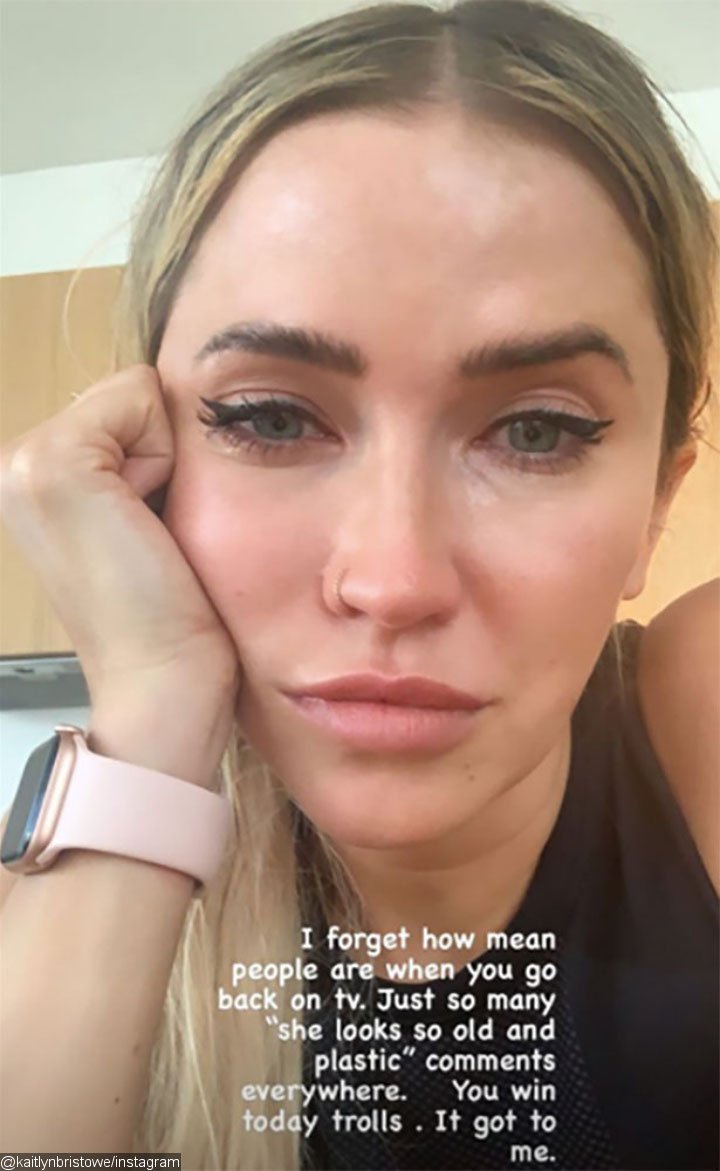 Kaitlyn Bristowe cried over trolls' comments about her appearance.

The TV star, who is set to compete for the Mirrorball Trophy in upcoming season 29 of "Dancing with the Stars", further elaborated her feelings in a follow-up video. "I had a good cry, didn't somehow ruin my eyeliner," she shared. "I honestly am so tired that anything will set me off right now, plus I am PMSing so great combo."

"But I felt my feelings. I got it out, sometimes I like to be honest on here but not always be 'woo, happy,' " she continued. "I had a weak moment, cried it out, felt it all, now poured myself a glass of wine, and remember what's important in life."

Kaitlyn admitted on PeopleTV's "Reality Check" that her "DWTS" casting came with a lot of "pressure." She said, "It's because everyone knows I have a dance background, and I feel everyone's like, 'You're going to do great because you know how to dance,' and I'm like, 'Well, I haven't danced since I was about 20 years old.' "

She went on to explain that she "can't stop practicing" to the point her boyfriend Jason Tartick jokingly told her, 'I'm not sure how many times I can see this dance." Of practicing, Kaitlyn said, "I just love it so much." The reality TV star later shared that her beau is "always ready to cheer me on."