Pics: KJ Apa Braces Getting Stitched With a Grin After Injuring His Head on 'Songbird' Set

This is the latest scary incident that the 'Riverdale' star has experienced in the last two weeks after he got a 'shard of metal' struck in his eyeball, leaving him with 'a hole' in his eye.

AceShowbiz - KJ Apa isn't so lucky with stunts. The actor has got into an on-set accident as he filmed his new quarantine-themed movie "Songbird", which apparently requires him to perform some of his own stunts.

The redhead took to Instagram on Wednesday, July 29 to reveal a head injury that he suffered from the mishap. In one of the photos, he flashed a grin as a medic stitched up his head. Going shirtless, the 23-year-old showed on the next slide his T-shirt which was tainted with his blood on the collar. "Stunts," he simply captioned the pics.

The Archie Andrews on The CW's "Riverdale" shared more details of his injury on Instagram Stories on Thursday. He posted a photo of his injured head before it got stitched and later showed the staples on his head. 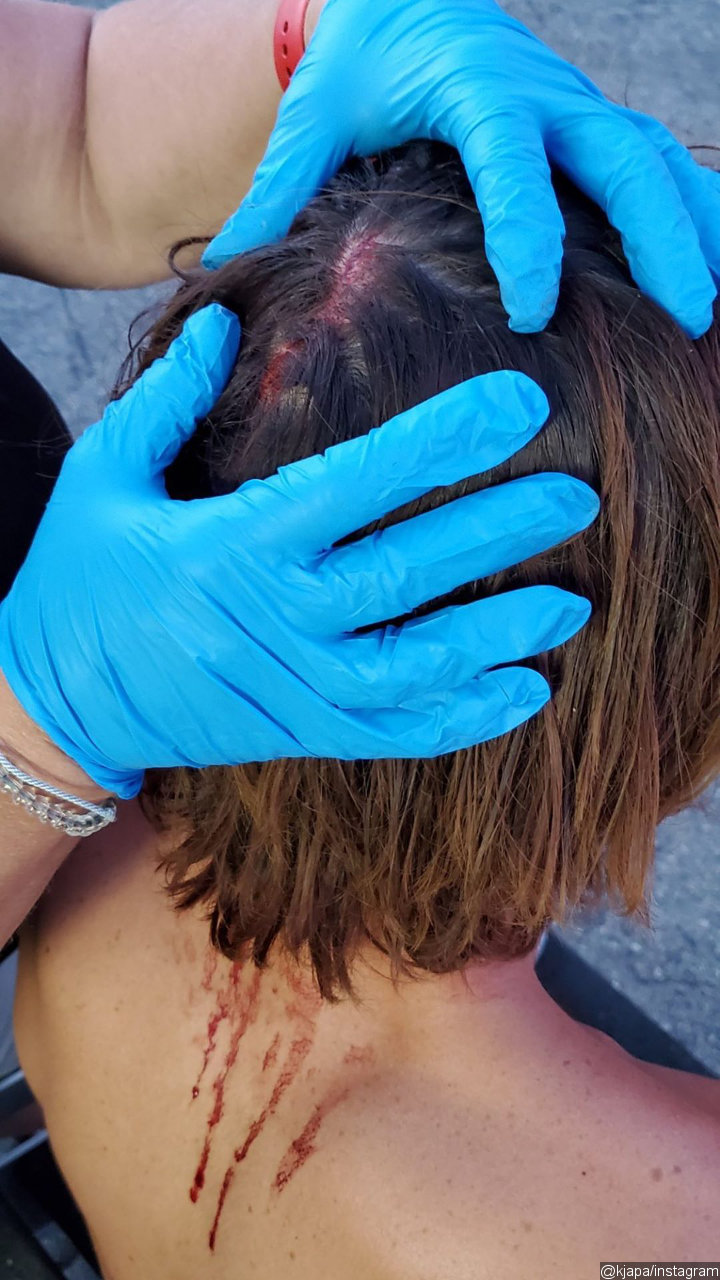 "I split my head open yesterday," he told his followers in a clip. "I don't know if you guys can see that, but I have two stitches in there, metal stitches." He didn't reveal, however, how the accident happened.

This is the latest scary incident that KJ has experienced in the last two weeks after he got a "shard of metal" struck in his eyeball. On July 19, the New Zealand native shared an Instagram video which captured the ordeal.

The 23-year-old star had to enlist the help of celebrity hairstylist friend Jason Schneidman to help remove the metal. "Bro, it's stuck in there, bro. It's really stuck," he said as he looked at his eye in the mirror. "I have to work tomorrow."

KJ then took the swab and tried to get the metal out himself, dabbing his eyeball gently to try and work it out. "It's actually like punctured my eye," he said after successfully getting it out and asked Jason to check for any other debris.

"You got the piece out, bro. That's the piece that was f**king in your eye, dude," the hairdresser replied. Still feeling uncomfortable after getting the metal removed, he asked Jason, "what's that?" after seeing something left on his eyeball.

"That's just now a f**king damage," his friend replied, to which KJ gasped, "That's just a hole?" before breaking down into tears. Another friend was then heard trying to calm him down, "You're going to be okay. Stop freaking out."

Ewan McGregor Blocked From Alan McGee Biopic Due to His Look