The former 'That '70s Show' co-stars, who tied the knot in 2015 and share two children together, bought the five-bedroom pad for a little over $10 million back in 2014.

AceShowbiz - Ashton Kutcher and Mila Kunis are selling up their home in Beverly Hills.

The couple's post-wedding pad, bought in 2014, is on the market with an asking price close to $14 million (£11.4 million), according to Top Ten Real Estate News.

Ashton and Mila bought the five-bedroom pad for a little over $10 million (£8.1 million).

They are building a bigger place nearby.

John Wayne's Son Reacts to Call for Renaming of Airport: My Father Was Not a Racist 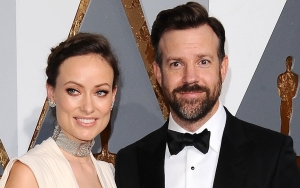