This arrives after 50 weighs in on Drake revealing the first photo of his son Adonis Graham, joking about the strong genes from Drake's mom on the kid, who sports curly blonde hair.

AceShowbiz - 50 Cent lets everyone know that he's keeping tabs on his doubters. The rapper and "Power" creator recently took to his Instagram account to weigh in on Greg Braxton's review on his new TV series "For Life" after the latter previously trashed "Power".

"Greg braxton of los Angeles times gave me a f***ed up review for power. i didn’t understand his opinion, but i took note of him because i thought he might just be someone deciding to go against me," so Fif wrote on the caption alongside a picture of Greg.

However, Fif's new work "For Life" apparently was of Greg's liking. "Now he is giving me great reviews on FOR LIFE I will win over anyone who doubts me let’s go ! #abcforlife #starzgettheapp #imnotgonnastop winning," Fiddy concluded confidently.

Joking, one of his followers wrote in the comment section, "Damn he is about to give you a bad review for this bad pic you put up." Someone else added, "50 really held this man hostage until he said his show is good lmao."

One person, meanwhile, noticed that the way Fif captioned his post reminded people of President Donald Trump. "50 captions like Trump," the person said.

This arrives after 50 weighed in on Drake revealing the first photo of his son Adonis Graham. On Monday, March 30, the rapper joked about the strong genes from Drake's mom on the kid, who sports curly blonde hair. "Drake had his mom a grand baby for real, her genes are strong," the "In Da House" rapper said while posting a side-by-side photo of Sandra and Adonis. "i bet she is so happy he looks like her. #abcforlife #starzgettheapp #bransoncognac #lecheminduroi theking."

That day, Drake took to his Instagram account to share the first photo of his beautiful son. Driven by his feelings of missing his "beautiful family" while in self-quarantine amid Coronavirus pandemic, the "In My Feelings" hitmaker uploaded a slew pictures of him and the toddler.

Drake, The Weeknd and J. Cole Applauded for FaceTiming With Young Fan Before He Died of Cancer

50 Cent Says That 'Cure for the Coronavirus Was Racism' 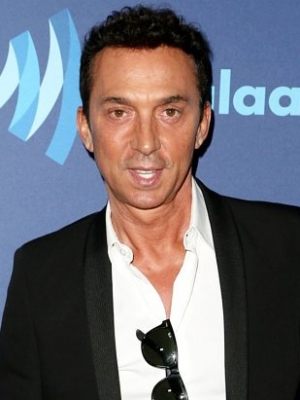