The 'Someone You Loved' singer has been accused of promoting an 'unhealthy relationship with alcohol in Scotland' for taking booze to the stage when accepting his kudos.

AceShowbiz - Lewis Capaldi has defended his drinking at the BRIT Awards on Tuesday night (February 18), explaining he was simply celebrating his wins.

The Scottish star was a double winner at the BRITs in London and took his booze to the stage with him as he accepted his awards.

He was also spotted swigging throughout the ceremony at the O2 Arena, prompting one critic to accuse Lewis of promoting an "unhealthy relationship with alcohol in Scotland".

The troll was particularly upset by the fact Capaldi appeared to be drinking fortified wine Buckfast Tonic, which has been linked to a series of violent crimes.

"We have an unhealthy relationship with alcohol in Scotland. This doesn't help," the critic wrote, prompting Lewis to respond: "Imagine having a drink on my first night off in moths (sic) after winning two Brit awards, can you believe it...?! Months* sorry I guess I must still be drunk." 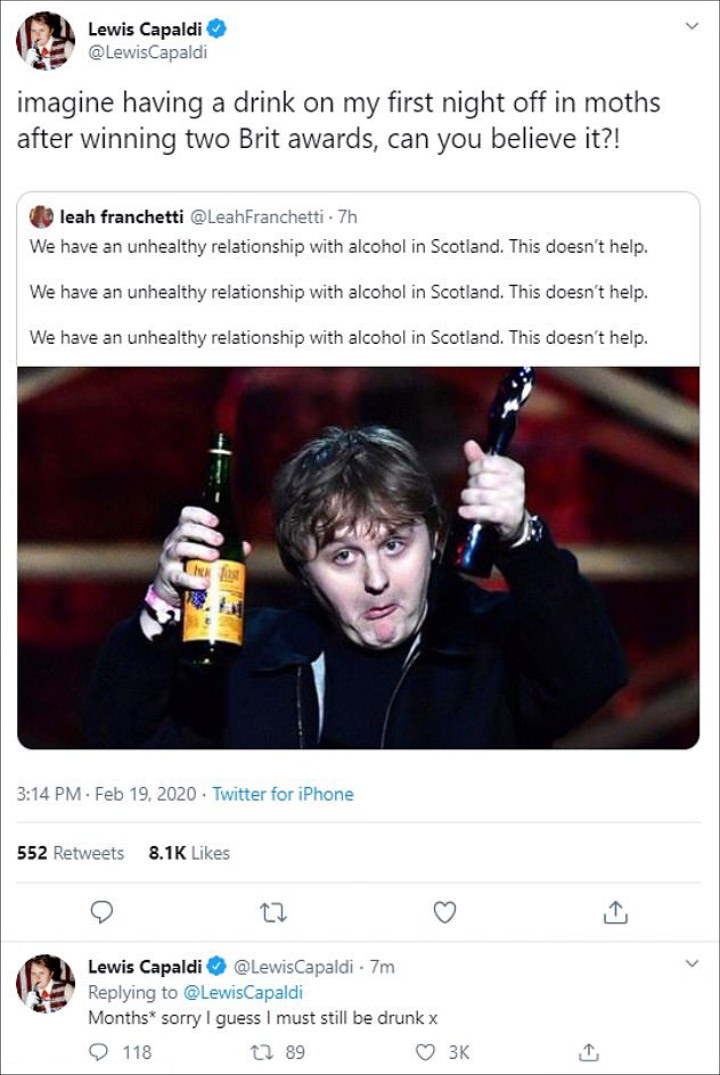 The "Someone You Loved" singer picked up the Best New Artist and Best Song awards at the BRITs.

DaniLeigh and Her Baby Girl Test Positive for COVID-19