The stepdaughter of Steve Harvey has people wondering whether she's engaged to her rapper boyfriend thanks to her latest Instagram update with Taina Williams.

AceShowbiz - Is Lori Harvey taking her relationship with Future to the next level? The stepdaughter of Steve Harvey sparked engagement rumors with her rapper boyfriend thanks to her latest Instagram Stories update on Friday, January 24.

Lori was hanging out with her friend, Taina Williams, when she documented their outing on the photo-sharing platform. In one video, both Lori and Fabolous' stepdaughter were showing off their rings as they chatted over a wine. Further adding fuel to the rumors, the social media star wrote along with the clip, "Wife life," seemingly hinting at their engagements. 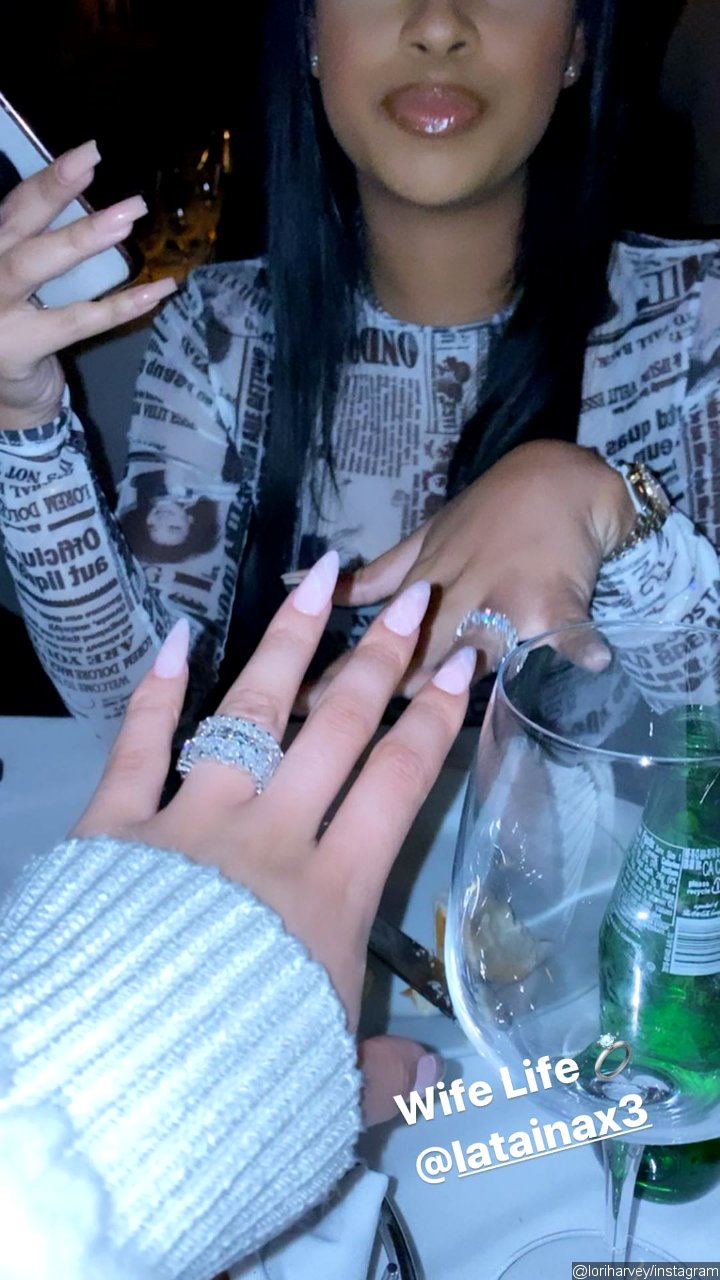 Lori Harvey and Taina Williams showed off their rings.

However, some people pointed out that the ring Taina, who is currently dating G Herbo (previously known as Lil Herb), wore was a part of her endorsement with jeweler Amy Shehab. Thus, she is probably not currently engaged to her rapper boyfriend. With that, Lori is the only one who had people wondering whether she's engaged to Future.

Lori and Future first sparked dating rumors back in October 2019 when people suspected that they were having a date at Nobu, Malibu. The "Life Is Good" hitmaker only confirmed the speculation months later when he took to Instagram Stories to gush over his girlfriend. "Flawless," so he wrote alongside a photo of Lori.

Earlier this month, the couple headed to Jamaica with some of her friends, including Jordyn Woods and Normani Kordei, to celebrate her 23rd birthday. The group enjoyed various kinds of activities there, including swimming in the pool and riding motorbikes in the woods. Future additionally surprised her by decorating her room with rose petals and candles, though he ended up getting trolled because he also did the same exact surprise to his baby mamas.

"His decorating people asked what he wanted and he said 'the usual,' " someone said, as a different individual commented, "Hey you gotta do what you gonna do as long as they happy lol." Masika Kalysha also joined in the fun, "Consistency is key."

Video Shows Pop Smoke After Home Invasion, Paramedics Tried to Save His Life