AceShowbiz - Hayden Panettiere stunned fans with a dramatic new look as she returned to Twitter on Wednesday, December 11 after a 10-month hiatus from the social media site.

The 30-year-old actress hadn't posted anything on Twitter since February, but made her comeback as she shared a snap of her hair makeover, after swapping her long blonde locks for a silver pixie cut with shaved sides.

"Channeling my inner #Kirby #Scream4 Thanks to my boys ⁦ @anthonyleonard," Hayden wrote in the post, referencing her "Scream 4" character Kirby and tagging her hairdresser. 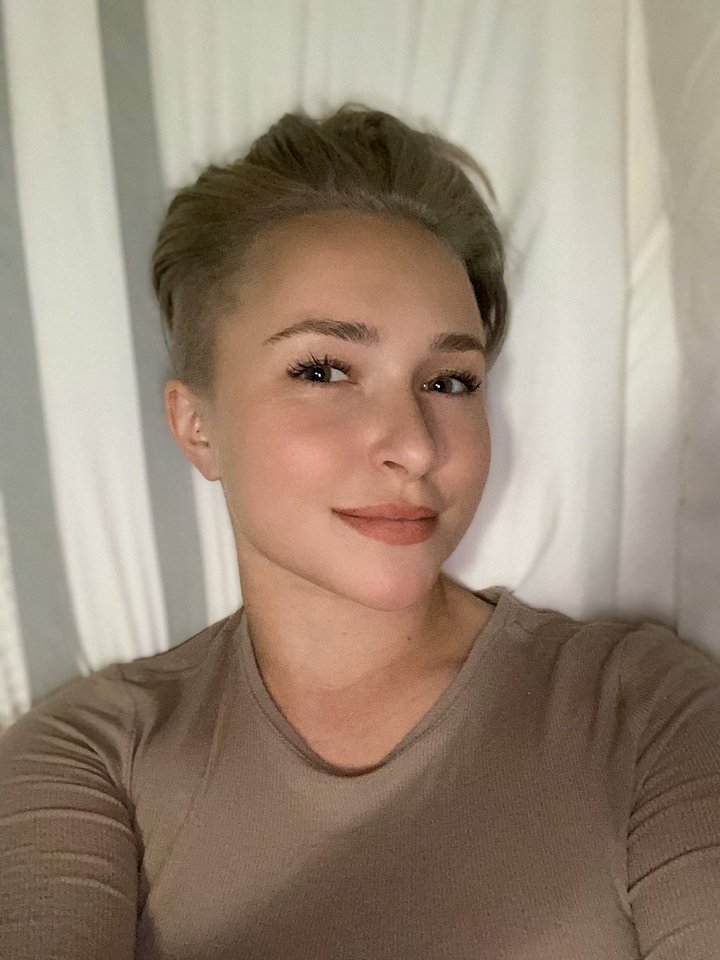 Following Hayden's post, hairstylist Leonard Zagami, who was behind her new 'do, told E! News that the former Heroes star was "looking for a radical change" so they "just went for it."

"It's a modern version of a classic pixie style with a little more of an edge," he explained. "The colour is silver, but not grey. She had previously been going with a super sexy blonde... The cut was a collaborative idea. She has wanted to go short for a while but she has always had a commitment with her work and wasn't able to. Right now, she is free and said, let's do it!"

The new look also comes after a troubling year for Hayden. Her real estate agent boyfriend Brian Hickerson was arrested in May after an argument between the two at Panettiere's home allegedly turned physical. However, Hayden later insisted that her spats with Hickerson never turned violent.

"Everything was totally OK," she told TMZ.

The former "Nashville" star was previously engaged to former boxing champ Wladimir Klitschko, the father of her five-year-old daughter, Kaya.

Tekashi 6ix9ine Says Arrest May Have Saved His Life