The 'All Summer Long' rocker has made headlines after he drunkenly sounded off his hatred toward the TV mogul while standing on a stage at his Honky Tonk bar in Nashville, Tennessee.

AceShowbiz - Kid Rock is channelling his frustrations into new music after the star came under fire following a seemingly drunken rant against Oprah Winfrey at his Nashville bar last week (ends December 01).

The "Bawitdaba" rocker recently hit headlines after drunkenly shouting about his hatred of Oprah at his own Honky Tonk bar in Tennessee.

In TMZ video footage of the incident, Rock can be seen swaying back and forth on stage as he exclaimed: "F**k Oprah!"

He didn't explain his issue with the former "The Oprah Winfrey Show" host at the time, but insisted he was "not a bad guy" as crowd members accused him of being a "racist."

Taking to Twitter on Wednesday, December 04, the singer, real name Robert Ritchie, addressed the controversy, insisting the backlash was proving fruitful when it came to writing new material.

"All this BS (bulls**t) going on has just got my blood pumpin' and is only more songwriting fuel for a new record and tour in 2021," he vented. "I am beholden to no one, no corporate sponsors, no label and I am gonna go the f**k off!" 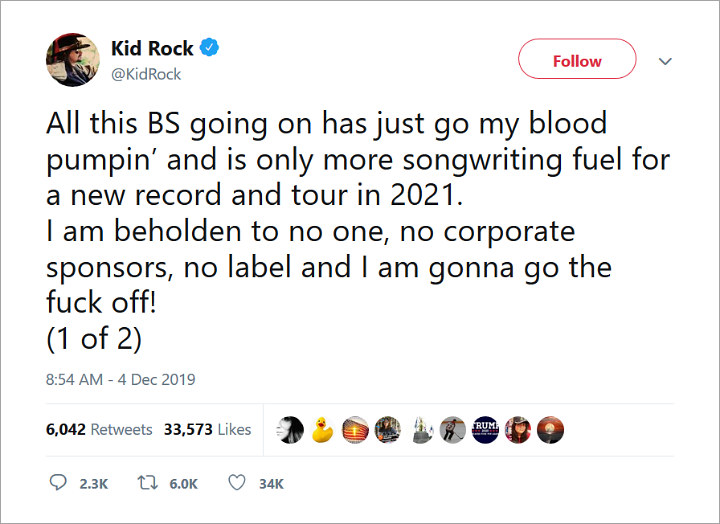 "You haters better be shaking in your boots," he continued. "To my supporters and fans, I will not let you down. I guarantee it will be my best record and tour ever. Devil Without a Cause... Kid Rock." 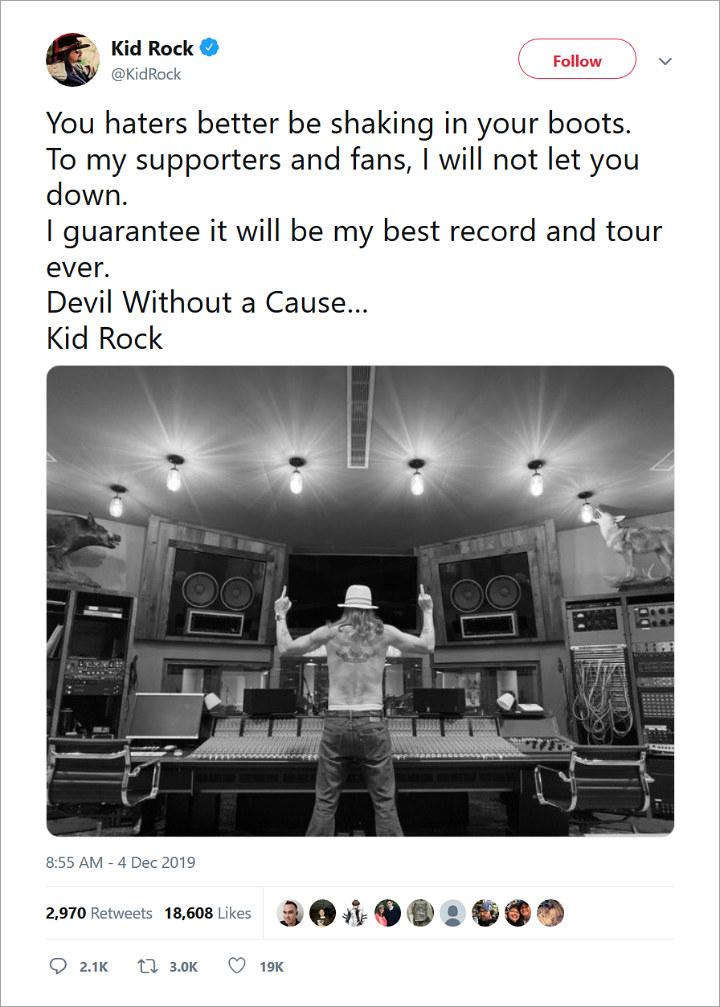 He further slammed his haters following the backlash.

It comes after the "Picture" hitmaker chose not to renew the licensing agreement for his Detroit restaurant, Made in Detroit, which opened at the Little Caesars Arena in 2017, following the negative media attention the rowdy incident garnered.