The 27-year-old model and Chris' rumored baby mama whines on her Instagram Stories post about being exhausted, possibly from taking care of her newborn son.

AceShowbiz - The life of a new mom has apparently exhausted Chris Brown's rumored baby mama Ammika Harris. Two weeks after it's reported that she had given birth to their first child together, the model shared an update through Instagram Stories, simply writing "TIRED" in all caps.

Ammika didn't explain what has cost her energy as she usually keeps her personal life private. But considering the recent reports about her welcoming new bundle of joy, it's likely that she's exhausted from taking care of her newborn son. 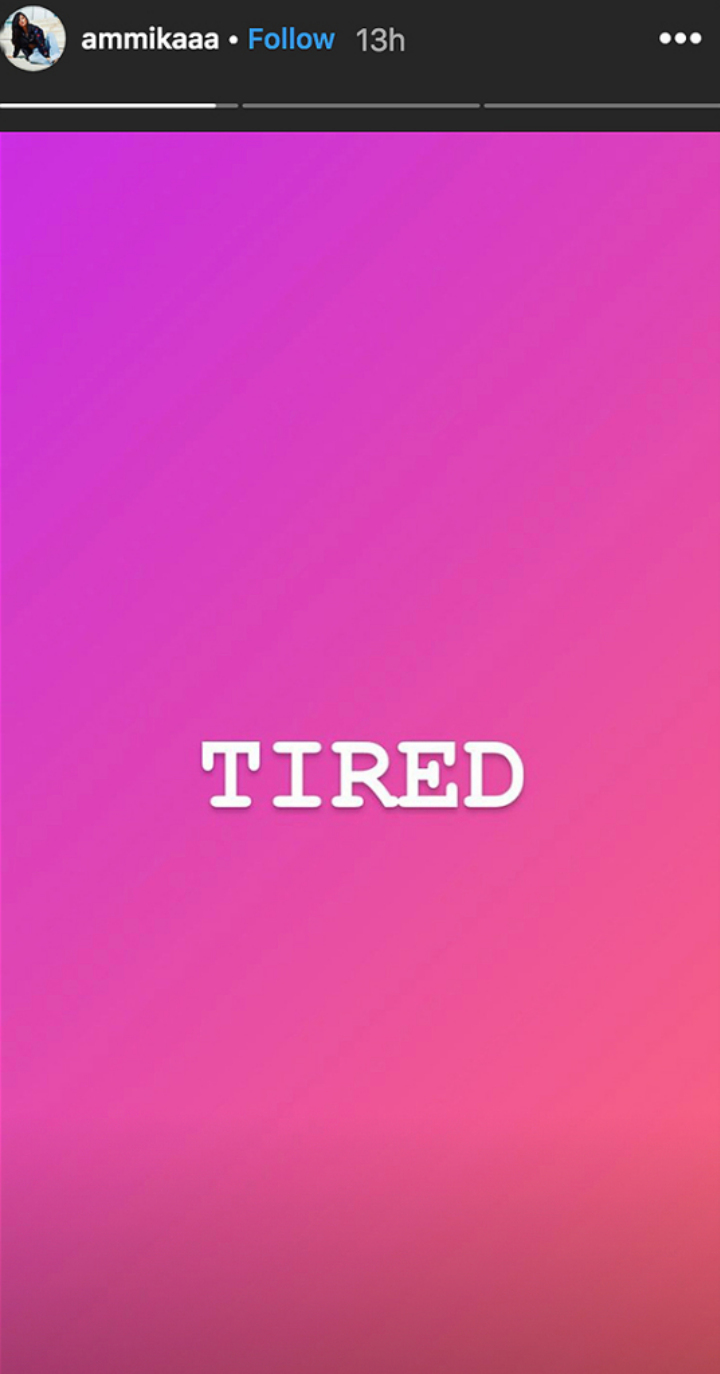 Chris and Ammika sparked speculation that she had given birth to their baby boy after they shared cryptic posts on their respective Instagram page. The "Beautiful People" singer posted a black-and-white picture of him smiling with a caption, "11-20-2019," which was believed to be the birth date of his son. Another picture showed him wearing a sweatshirt with the word "Born" printed on the hood. No caption was added.

Ammika, meanwhile, posted on Instagram Stories a note which read, "I was in love, when I first saw you [love emoji]."

Ammika recently coyly responded when one of her Instagram followers speculated on the reason why she remained quiet about her baby arrival. "she's doesn't wanna speak on the baby because her and chris aren't a happy family like she thought they would be," the said user wrote. The 27-year-old beauty replied to the comment simply with laughing emojis, leaving people to further wonder if that means she confirmed the news.

Chris, meanwhile, was recently believed to have revealed his second child's name. In an Instagram picture, Breezy donned a jacket with the words "RORO & AEKO" printed on his left chest. Since Roro was widely known as the nickname of his first child Royalty Brown, fans immediately assumed Aeko might be the name of his second child.

Chris Martin Opens Up About Past Internalized Homophobic