It was previously reported that the Hawaii native planned to take the stage with her former bandmates on 'The X Factor: Celebrity', marking their first gig in more than a decade.

AceShowbiz - Nicole Scherzinger is back in contact with her The Pussycat Dolls bandmates and thinks there's a "good chance" they'll reunite soon.

Earlier this week (beg November 04), it was reported the "Don't Cha" hitmaker, who is a judge on the British talent contest "The X Factor: Celebrity", planned to use the show to unveil the band's return before taking to the stage with her bandmates for their first gig in more than a decade.

And the star has fuelled the rumours of a comeback even further by revealing she is back in touch with Ashley Roberts, Kimberly Wyatt, Melody Thornton, Jessica Sutta and Carmit Bachar, and teased a comeback could be imminent.

Speaking on Saturday's instalment of Britain's "The Jonathan Ross Show", she said: "I can't confirm anything right now but I wouldn't rule it out. We are talking."

When asked by host Jonathan Ross if talking meant there was a good chance of a reunion, she added: "Yes. We haven't talked in many years so we are talking now..."

The singer's comments come after it was previously reported Nicole had signed a multi-million dollar deal to front the Dolls' comeback.

O.J. Simpson Files Lawsuit Against Vegas Hotel After Employee Accuses Him of Belligerence 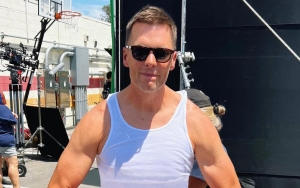