Lady GaGa Forced to Scrap Vegas Show Due to Sinus and Bronchitis: 'I Feel Very Sick'

Taking to her social media accounts to break the sad news, the Mother Monster expresses how 'devastated' she is over the cancellation as she posts a photo of her receiving an IV.

AceShowbiz - Fans were left disappointed on Wednesday, November 6 after Lady GaGa had to cancel one of her Las Vegas Residency shows due to sickness. Taking to her social media accounts to break the sad news, the Mother Monster revealed that her sinus infection and bronchitis had made her unable to perform and entertain her fans.

Posting a photo of her receiving an IV, GaGa expressed how disappointed she was after she was forced to cancel her show. "I'm so devastated I can't perform tonight for so many people who traveled to come see me. I have a sinus infection and bronchitis and feel very sick and sad I never want to let you down," she wrote alongside the photo. "I'm just to (sic) weak and ill too (sic) perform tonight."

She concluded the post by promising her fans, Little Monsters, that she would "make it up to you." 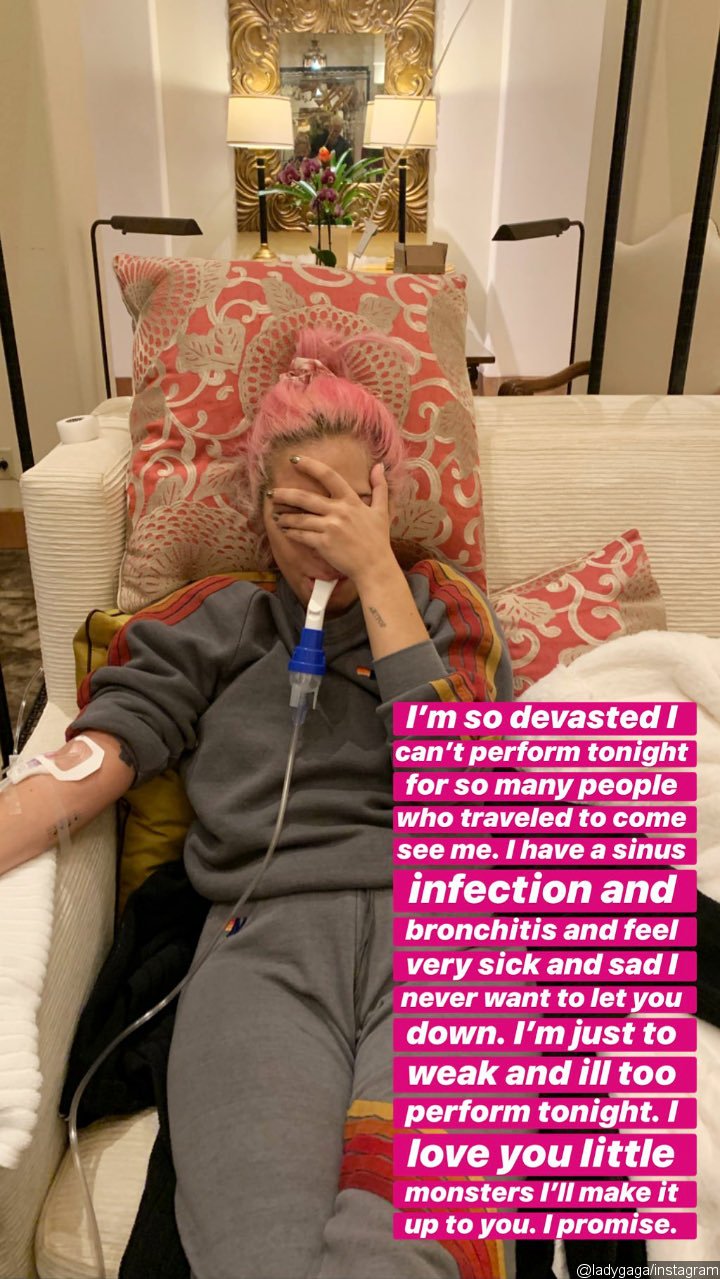 MGM Resorts International has also issued a statement regarding the cancellation of the show. "With her deepest regrets, Lady GaGa announces the cancellation of tonight's performance at Park MGM because she is suffering from a sinus infection and bronchitis," so the statement read. "She plans to return to the stage for her scheduled show on Friday. Refunds for tonight's canceled performance will be issued at point of purchase."

First announced in December 2017, "Lady GaGa: Enigma" kicked off in December 28, 2018 and is expected to wrap up on May 16, 2020 at Park Theater, Park MGM in Las Vegas. The residency consists of two types of show: Enigma, which focuses on theatricality and includes GaGa's biggest hits, as well as Jazz and Piano. During the show's second type, the "A Star Is Born" actress performs stripped-down versions of her songs and music from the Great American Songbook.

Lady GaGa Doesn't Remember When the Last Time She Bathed

Madonna Calls Off Another Lisbon Show Due to 'Ongoing Injuries'