The 'Sound of Music' actress remembers in her new memoir a terrifying incident on the set of the classic movie when one of the young stars drowned during the filming.

AceShowbiz - Julie Andrews has recalled saving the life of one of the child actors in "The Sound of Music" after she nearly drowned while filming.

In her new memoir "Home Work: A Memoir of My Hollywood Years", the star discusses filming the 1965 classic alongside seven-year-old child actress Kym Karath, now 61, who played Gretl Von Trapp.

The two were filming a scene in a boat on water and, in a terrifying turn of events, the vessel rocked violently and sent them both overboard - including Kym who couldn't swim.

Julie, 84, remembered: "The assistant director waded rather urgently through the water towards me and whispered, 'The little one can't swim...' "

"'WHAT?!...'" she continued, detailing her response. "'Yes,' he said. 'We'd be most grateful if you could get to her as quickly as possible once you're in the water.' "

It was during the second tape that the terrifying ordeal happened, as the veteran actress shared: "I have never swum so fast in my life. I could see the poor child flailing away and going under at least twice."

"Crew members dove into the water to help save her, and mercifully we got there in time," she added.

Eventually, Kym began vomiting the water she had swallowed and was ultimately saved by Heather Menzies, who played Louisa in the movie. However, it was later revealed that the actress' fear of water followed her into later life due to the lasting trauma of the incident.

"Home Work: A Memoir of My Hollywood Years" is out now.

Miley Cyrus Puts Her Hand Down Cody Simpson's Pants, Gets New Tattoo With Him 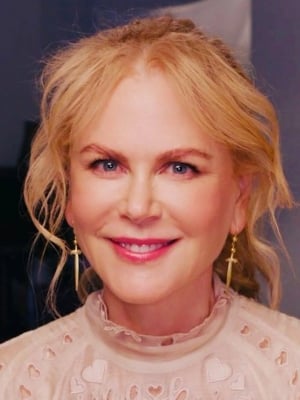 Box Office: 'A Quiet Place 2' Bounces Back to No. 1 as 'In the Heights' Posts Lackluster Debut