During a chat with podcast host Bill Simmons, the 'Ralph Breaks the Internet' star admits she held herself accountable for the offensive skit, but finds it odd that everyone is throwing the first stone.

The star has revealed the skit on "The Sarah Silverman Program", for which she donned black face makeup, led movie bosses to fire her from a recent project.

"I was going to do a movie, a sweet part, then at 11 P.M. the night before they fired me because they saw a picture of me in blackface from that episode," Silverman tells podcast host Bill Simmons. "I didn't fight it. They hired someone else who is wonderful but who has never stuck their neck out. It was so disheartening...."

"I think it's really scary and it's a very odd thing that it's invaded the left primarily and the right will mimic it. It's like, if you're not on board, if you say the wrong thing, if you had a tweet once... everyone is, like, throwing the first stone. It's so odd. It's a perversion... It's really, 'Look how righteous I am and now I'm going to press refresh all day long to see how many likes I get in my righteousness.' "

She adds, "I held myself accountable. I can't erase that I did that, but I can only be changed forever and do what I can to make it right for the rest of my life. If I look back on my old self and don't cringe, there's something wrong. Because if you're putting yourself out there, it's not going to be timeless." 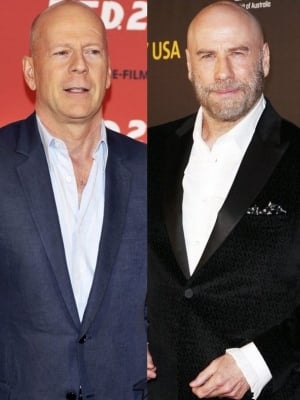