Stopping by 'Live with Kelly and Ryan', the 'Men in Black International' actress has nothing but praises for her veteran co-star before gushing about impressing the latter with her music playlist.

AceShowbiz - Actress Tessa Thompson was left red-faced upon meeting her "Men in Black International" co-star Emma Thompson for the first time after accidentally hitting her with a door.

The "Creed" star had been wracked with nerves as she prepared to work with Emma, but she nodded off to sleep on her car ride to the set, and ended up having to greet the British icon looking less than her best.

"I'm a huge fan of Emma so I was very nervous the first day," she recalled. "I had a 40 minute commute to get to work and I was sort of stealing myself for the journey and then I fell asleep.

"I literally arrived and had a drool as sometimes humans do, wiped my mouth and opened the door...".

Tessa needn't have worried about disappointing the Oscar winner because they immediately hit it off: "She gave me the biggest hug and was like, 'I'm so happy to be here,'" the 35 year old told U.S. breakfast show "Live with Kelly and Ryan". "She gave me a gift. She was just so sweet".

Tessa also got the opportunity to play her specially-curated playlist for Emma - something she likes to do for her new co-stars.

"Typically I like to play music in the trailer and if it's someone that I really like, I try to impress them by playing music that I think they'll like...," she explained.

"For her I played some David Bowie..., some lesser known The Rolling Stones songs, so she was impressed by (it). I played some Kate Bush. I think I did well".

Tessa wasn't the only member of the cast and crew to be excited about Emma's presence - director F. Gary Gray was thrilled to have the movie veteran on set because she inspired her co-stars to up their game.

"I had so much fun shooting with Emma Thompson," he gushed. "She came in and brought so much good energy to the set. When the queen walks in you gotta give her her due (sic). When she walked in, everyone stepped their game up, including Tessa".

This Is How P. Diddy Reacts to Ex Cassie Expecting Baby With Boyfriend Alex Fine

Tessa Thompson Clarifies Comments About Her Relationship With Janelle Monae

Tessa Thompson Is Coming Out as Bisexual, Says Janelle Monae Loves Her 'Deeply' 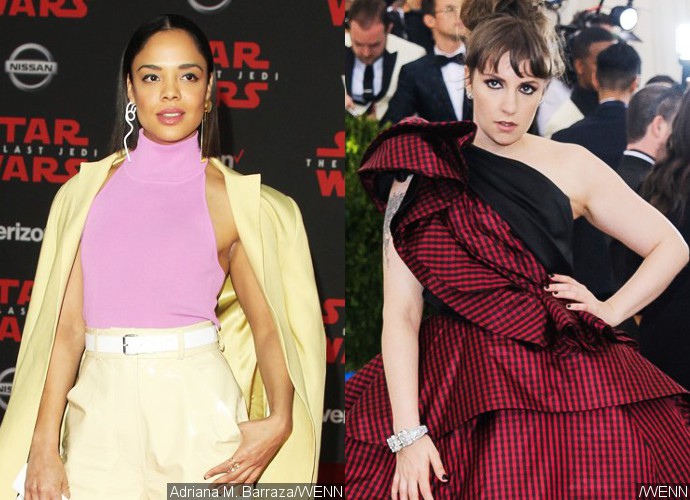