Governors Ball 2019: SZA and Other's Sets Are Canceled Due to Severe Weather

The festival, which took place on Randall's Island in New York City on Sunday night, June 2, was intially delayed for seven hours due to approaching storms before it started at 6.30 P.M.

AceShowbiz - The final day of the 2019 Governors Ball festival which took place on Randall's Island in New York City on Sunday night, June 2 was interrupted due to thunderstorms. The severe weather cause it to be evacuated, resulting in the cancellation of several planned acts.

The festival was intially delayed for seven hours due to approaching storms before it started at 6.30 P.M. Headliner Nas and others proceeded to perform until 9.35 P.M. when an immediate evacuation was announced. "Due to approaching severee weather an evacuation is in effect. Please proceed to the neareste exit," said the announcement posted on the video screens that surrounded the stage. Among canceled acts were Charli XCX, SZA, Kaytranada, Aaron Aye, Beast Coast, Soccer Mommy, Flatbush Zombies, SOB x RBE and Parcels.

The crowd reportedly rushed for the exits as the storm arrived. Fortunately, no one was injured or arrested despite the chaos. "It was pandemonium. People walking around aimlessly trying to find their way off the island, hopping over barricades to bum-rush busses," one concertgoer shared. It was further said that the Robert F. Kennedy Bridge, which connects the island to Manhattan, was jammed with people exiting the festival in the rain.

The festival then realeased a statement around 11 P.M. that night which read, "Due to severe weather, Governors Ball was evacuated tonight. At this time, the island is clear of all guests. After close consultation with NYC officials and law enforcement, it was deemed necessary to cancel the event for the safety of our festival goers, artists and crew."

"We are as devastated as our fans by this decision, but nothing is more important than the safety of all attendees. While the festival is always rain or shine, we can't proceed in weather as severe as tonight's storm and lightning. Evacuation procedures were followed," the statement concluded.

Governors Ball 2019: SZA and Other's Sets Are Canceled Due to Severe Weather

SZA Goes Online About Being Racially Profiled by Sephora Employee 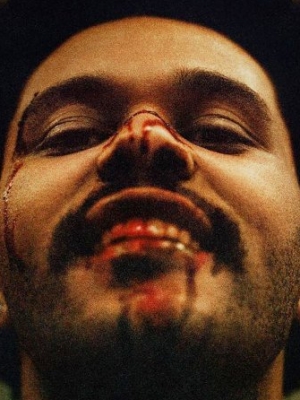 The Weeknd Admits He Wants to Have Babies With Ex on 'After Hours', Fans Think It's Bella Hadid

Ne-Yo: 'Pinkie Ring' Is Not a Diss Track Against Estranged Wife

Dixie Chicks to Make a Comeback With 'Gaslighter' - Watch the Teaser

Elton John's Concerts Put on Hold Due to Walking Pneumonia