During her appearance at 'Jersey Shore' co-star Snooki's live podcast recording, the 34-year-old beauty says that she has been dating the younger guy for 'a few months.'

AceShowbiz - Jenni "JWoww" Farley has completely moved on from estranged husband Roger Mathews amid their divorce. Stopping by Nicole "Snooki" Polizzi's live podcast recording of "It's Happening With Snooki & Joey", the 34-year-old mother of two revealed that she's currently dating a 24-year-old man.

Without mentioning his name, JWoww said that she had been seeing the man for "a few months" and that he's a "good friend" of her little brother. The raven beauty also revealed that fans would be able to see him on "Jersey Shore" as the lovebirds are currently filming. "We nicknamed him 24," she said of her new beau.

"He's very handsome, by the way," Snooki chimed in. "Jenni has been going through some s**t but I've never seen this girl more happier and more herself than this moment right now." JWoww agreed, admitting that she is living her "best life right now" despite her ongoing divorce.

Following her appearance at the live recording, JWoww took to Instagram Stories to share a picture of her cuddling with her new boyfriend. Even though her followers couldn't get to look at the guy's face properly, the side of his face was seen in the picture. She added a pink heart emoji on the image. 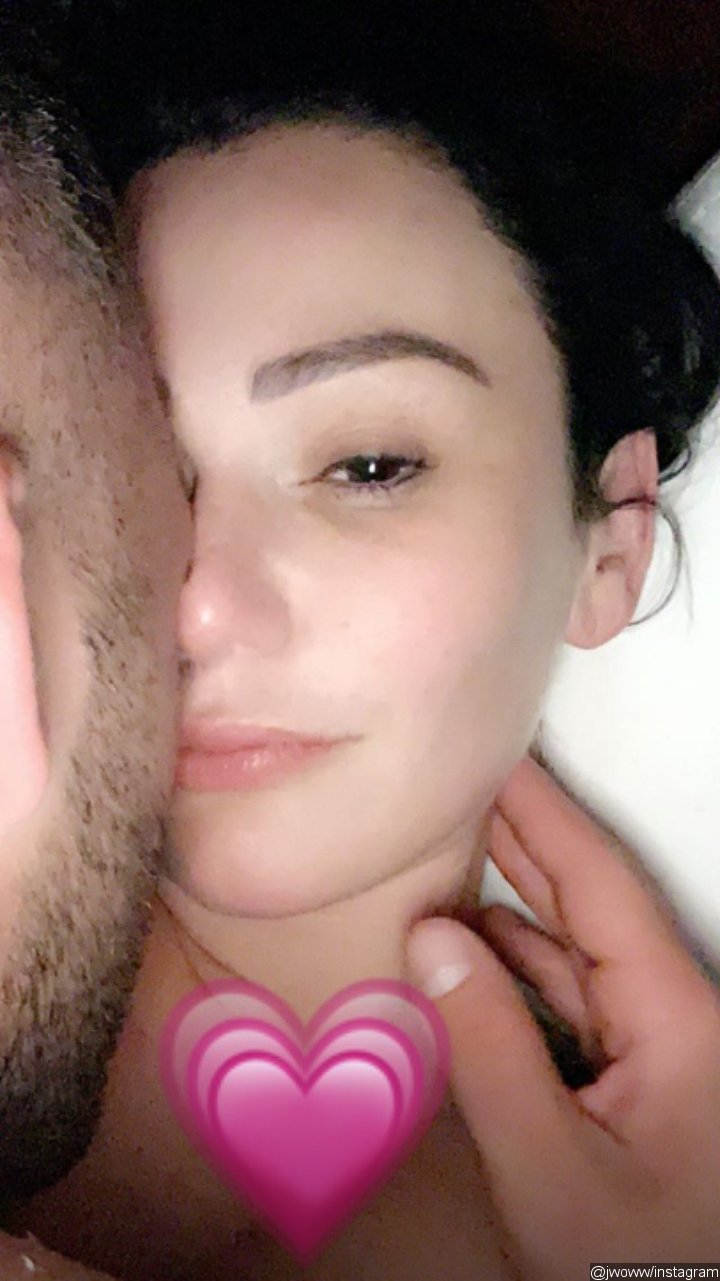 JWoww cuddled with new boyfriend in an Instagram Stories photo.

So how does Roger feel about all this? In a statement released through Page Six, the father of two assured that he had no complaint about JWoww's new boyfriend. "He seems like a terrific guy and they seem to be happy, and I'm very happy for them," he said.

JWoww and Roger were married for about three years before the former filed from divorce in September last year. The former couple was then involved in a custody battle over their two children, Meilani (4) and Greyson (2), but things seem to have calmed down between the two these past weeks as the four of them spent Easter Sunday together.

Report: JWoww and Zack Carpinello Get Back Together Following Florida Outing