The former star of 'The Flash' breaks the news that he and 'Designated Survivor' actress Italia Ricci are expecting their first child together after more than two years of being married.

AceShowbiz - "The Flash" star Robbie Amell and his wife Italia Ricci are expecting their first child.

The 30-year-old announced that the "Designated Survivor" actress was pregnant with his child in a humorous social media post on Friday, April 19. In the snap, Robbie can be seen clutching a faux baby bump while stood next to Italia and her real one.

"One of us is actually pregnant. @italiaricci," he joked in his caption, and Italia added in the comments section, "Probably the sober one with lopsided boobs cellulite and uncontrollable gas thanks babe."

"We most certainly will," Robbie quipped in the comments section.

The couple got engaged in 2014, one month after they celebrated their six-year anniversary, and they got married in October 2016. 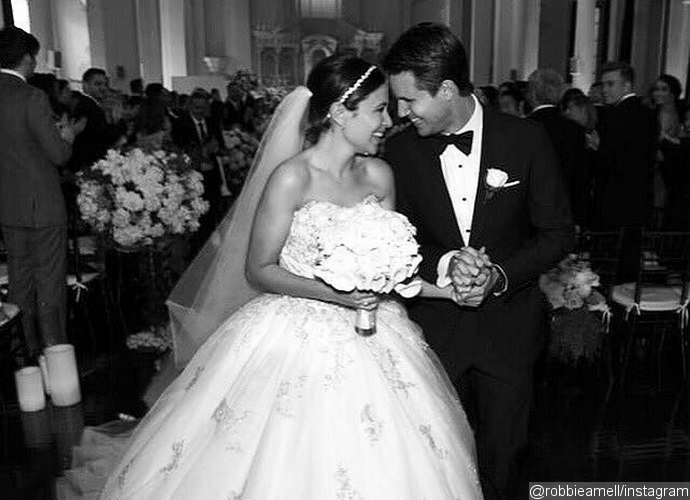