Attending Kanye West's Sunday Service together, both the mother of three and the 23-year-old singer keep it casual for their outing, with the former donning a white crop top and pants.

AceShowbiz - Kourtney Kardashian has been rumored to be dating Harry Hudson for some time now, and it appears the two have added fuel to the speculation with their latest outing. The rumored lovebirds were spotted attending Kanye West's Sunday Service together on March 31.

In some pictures that were circulating online, the "Keeping Up with the Kardashians" and the musician were seen laughing and smiling together as they went inside the building, with a source explaining that Kourt seemed to be in "good spirits" that day. While Kourt opted for a casual look in a white crop top and pants, Harry wore a hoodie and jeans, complete with baseball cap. 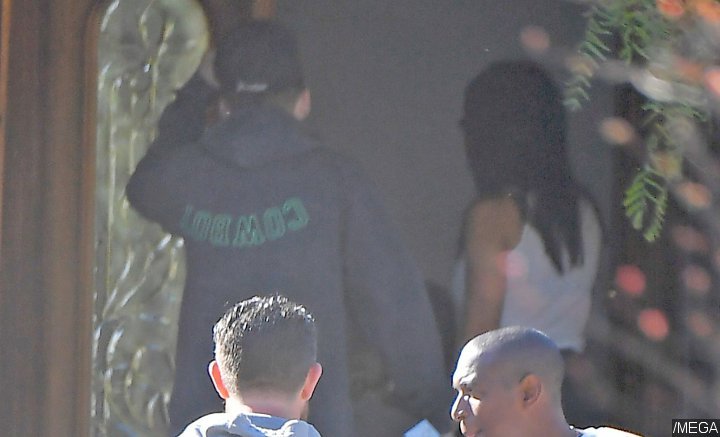 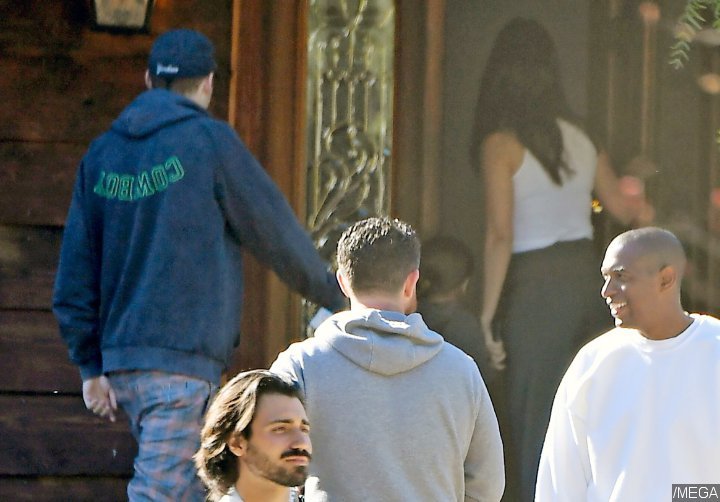 Kourt and Harry have actually been friends for a long while, and the latter has even become close with her three children. However, their romance rumors didn't begin until earlier this year, after she reportedly called it quits with her fling Luka Sabbat. The pair had been previously caught on camera enjoying lunch together in Los Angeles together with her kids and friends.

Kourt has pretty much been enjoying her life following her split from Younes Bendjima last year. She has been rumored to be dating several men, but all of them are either unconfirmed or have been denied by one party. For instance, the mother of three was recently rumored to be romancing Travis Barker, who denied it when he attended the 2019 iHeartRadio Music Awards earlier this month.

Insisting that he really loves Kourt, the drummer of Blink-182 claimed that they are nothing more than friends. "Kourtney's like a dear friend. That's it," he said at the time. "I mean, I love her to death. I love her family to death. But yeah, just friends."

Besides Younes, the other guy whom Kourt was seriously dating was Scott Disick, the father of her three children Manson, Penelope and Reign.