Claiming that he is fortunate to be able to make movies with strong black actors, the filmmaker behind 'Get Out' and 'Us' feels it is his obligation to prove excuses for a lack of diversity are false.

AceShowbiz - Jordan Peele has no plans to cast a white male in a lead role as he's "seen that movie before".

The comedian turned filmmaker's first two movies, "Get Out" and "Us", have won acclaim for providing strong roles for black actors and tackling issues of racism in thrilling genre flicks.

Both have been huge box office successes, meaning Jordan has plenty of options, but he says he'll stick to his policy of focusing on black characters rather than turning out traditional blockbusters with white leads.

"The way I look at it, I get to cast black people in my movies," he tells The Hollywood Reporter. "I feel fortunate to be in this position where I can say to Universal, 'I want to make a $20 million horror movie with a black family'. And they say yes. I don't see myself casting a white dude as the lead in my movie. Not that I don't like white dudes, but I've seen that movie."

His vow to continue casting black leads means he won't be giving his wife, the comedian and actress Chelsea Peretti a lead role any time soon, as she is white. However, Jordan feels a duty to make successful films about black characters to prove those who make excuses for a lack of diversity in Hollywood wrong.

"It really is one of the best, greatest pieces of this story, is feeling like we are in this time - a renaissance has happened and proved the myths about representation in the industry are false," the 40-year-old explains.

He admits to having doubts before "Get Out"'s release, as he was worried audiences might not be ready for a satirical horror where wealthy white characters are the villains, adding: "Every two weeks I'd go, 'What the f**k am I doing? I'm writing a movie where a black man is victimised and all the white people are evil and I'm trying to get the audience to have fun' But if you could make that fun ... that's what brought me back." 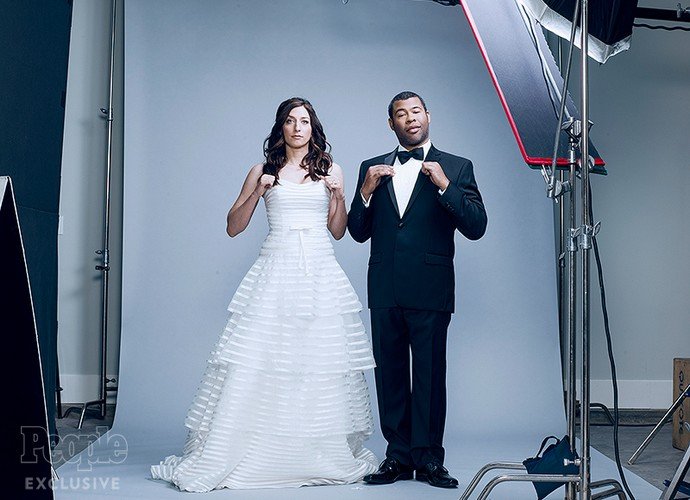