During an interview with 'CBS This Morning: Saturday', the 'Baby, I Love Your Way' hitmaker opens up for the first time about suffering from Inclusion-Body Myositis (IBM).

AceShowbiz - Peter Frampton has been diagnosed with a rare degenerative muscular disease.

Shortly after announcing he'd be embarking on a farewell tour across the U.S. in June, the legendary musician, 68, revealed he's decided to stop touring because of his condition, Inclusion-Body Myositis (IBM).

Frampton opened up about his health worries in an interview with U.S. news show "CBS This Morning: Saturday", and said he was told by doctors he had the disease after he collapsed from tripping on a guitar chord.

"I'm thinking of all the times in my life that I have something devastating (that) has happened to my career or in my family or me. I've brushed myself off, got myself up and changed directions," he said of his outlook on IBM.

The "Baby, I Love Your Way" hitmaker told Rolling Stone that while his symptoms are worsening, he can still "play great guitar."

"We are recording like maniacs at my studio in Nashville. We've done two albums already," Frampton shared. "I want to record as much as I can in the shortest space of time."

While there is no cure for the disease - which affects 24,000 people in the U.S. - the rocker believes it is the right time to go on a farewell tour because he's "still at the top of my game."

"I don't want to go out and not be able to play well. If I'm going to do a farewell tour, I want to play good. I want to rock it. That's the most important thing to me. I want to go out screaming as opposed to, 'He can't play anymore'," he explained.

A dollar from every ticket sold for the tour will go towards to the research fund he created with Johns Hopkins University. 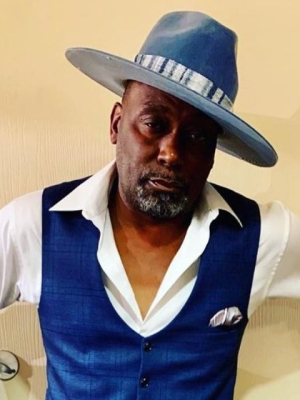 Gunna Edges Out The Weeknd, Earns Second No. 1 Album on Billboard 200 Chart With 'DS4Ever'