The "Captain America: Civil War" star wed her former "Revenge" co-star, Joshua Bowman, in the Bahamas on Saturday, December 15, according to Us Weekly.

The nuptials come exactly five years to the date that their characters Emily Thorne and Daniel Grayson were married in the "Revenge" season three mid-season finale, which aired December 15, 2013.

While Emily has yet to share any snaps from the wedding, she has posted photos that seemingly hint at her big day.

"Your heart knows the way. Run in that direction," she captioned a shot of her swimming in the sea, and wrote alongside a picture of rainclouds gathering over the beach, "The calm before the storm."

Your heart knows the way. Run in that direction. -Rumi 💙

Emily, 32, and Josh, 30, announced they were engaged in May last year, and the actress told Entertainment Tonight that he "did good" with the proposal.

"It was in a forest. We were in nature on a hike kind of doing what we do, it was very, sort of, us. So yeah, it was great, beautiful," she gushed.

Emily and Josh started dating in 2011 shortly after she split from "The Vampire Diaries" star Joseph Morgan.

And the actress has also previously discussed her plans for starting a family, and blamed her three sisters for making her broody.

When asked if she planned to have kids, she said, "Yes, absolutely, especially when your sisters are you just want to jump on the bandwagon. I think I'll let that happen and I'll see where I'm at." 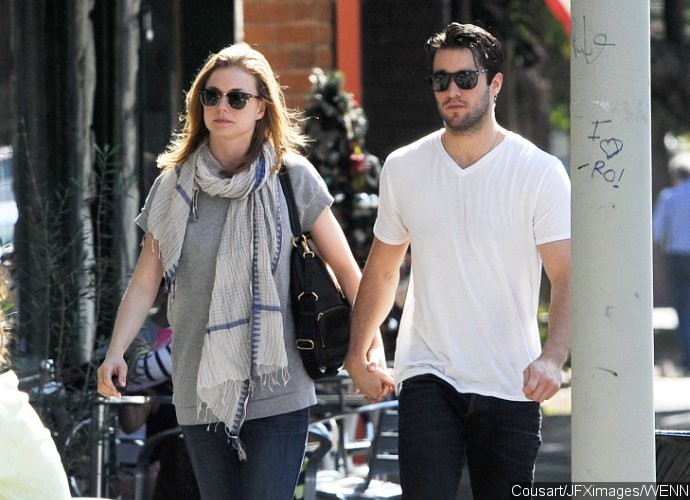