The 'Book Club' actress turns to her social media account to share 'the craziest story' after learning that Anton Lulgjuraj found her brown leather pocketbook in an abandoned storage unit in New York.

AceShowbiz - Diane Keaton was left gobsmacked after discovering an old wallet she misplaced over 50 years ago had been recovered in New York.

Anton Lulgjuraj recently came across the brown leather pocketbook after purchasing the contents of an abandoned storage unit in the village of Brewster, and found a stack of personal pictures stuffed into the wallet, along with a 1966 California driver's license for a woman named Diane Hall.

The moniker - the actress' birth name - didn't register at first, but Lulgjuraj thought he recognised the lady in the accompanying photo.

"I opened it up and thought, 'Is this Diane Keaton, the actress? It couldn't be. Or maybe it could,'" he told the New York Daily News.

A good look through other personal belongings in the pocketbook unearthed Keaton's Actors' Equity labour union card, on which she was registered under her stage name. It expired in 1968.

"It was like a time capsule," added Lulgjuraj, who wanted to get the wallet and its contents back to Keaton.

The "First Wives Club" star read about the surprising find on Twitter, and asked Anton to contact her via a direct message.

This is the craziest story! I don't remeber losing this but I'm not surprised because I've lost my wallet many times! Thank you, Mr. Lulgjuraj! https://t.co/bfLaG9oD1P

"This is the craziest story!" the 72-year-old tweeted, alongside a link to the article. "I don't remeber (sic) losing this but I'm not surprised because I've lost my wallet many times! Thank you, Mr. Lulgjuraj!"

Diane Keaton Gets Emotional Over Brother's Letter About Her 'Reds' Performance

Diane Keaton Has No Dates in Over Three Decades

Diane Keaton Gets Real About Why She Swore Off Marriage 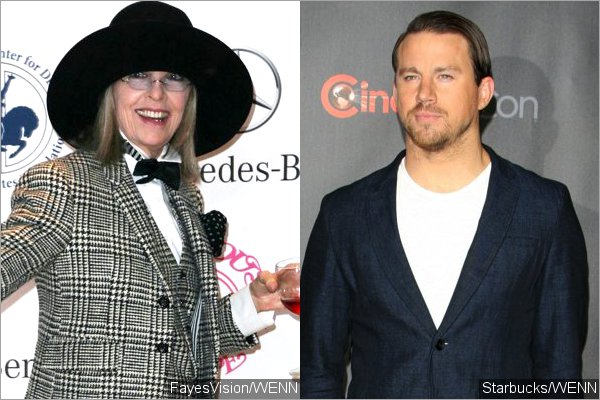 Diane Keaton Has a Crush on Channing Tatum