The 'Keeping Up with the Kardashians' star makes use of a picture of her wardrobe malfunction to pay tribute to her idol.

AceShowbiz - Kim Kardashian is known as a big, longtime fan of Cher, and she has taken her latest tribute to the veteran singer to a whole new level. The mother of three suffered wardrobe malfunction as she went braless when she attended the opening night of "The Cher Show" in Broadway on Monday night, December 3.

Rocking a beaded and fringe backless silver gown, the "Keeping Up with the Kardashians" was adjusting her dress when she posed on the red carpet. Unfortunately for her, a photographer captured the moment her boob popped out from her dress.

But after years in the spotlight, Kim undoubtedly knew how to laugh her nip slip off.

She shared the picture of her nip slip on Instagram Stories on the next day, but she censored her nip with a GIF of one of the most iconic scenes in "Mamma Mia! Here We Go Again". It showed Cher's Ruby Sheridan lowering her sunglasses while talking to Amanda Seyfried's Sophie Sheridan. That is sure one epic way to laugh off your wardrobe malfunction! 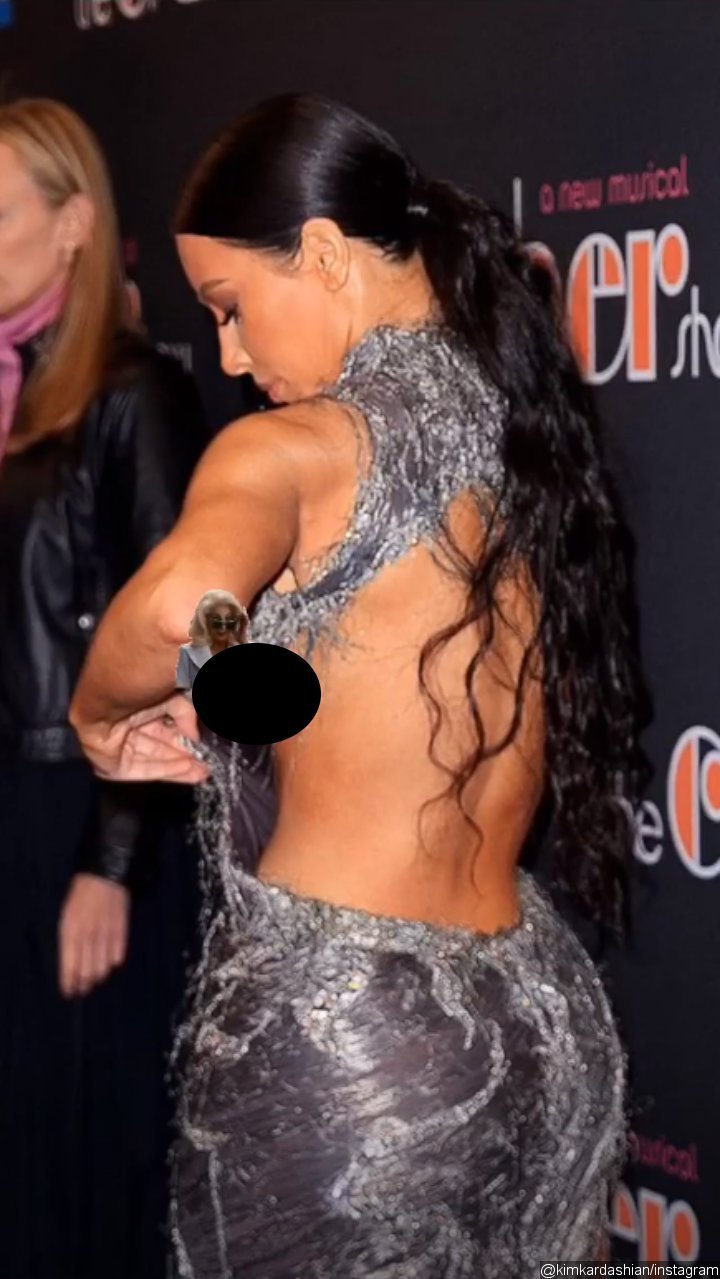 During the opening show, Kim was joined by her husband Kanye West, who got called out by "The Cher Show" actor Jarrod Spector for playing with his phone instead of paying attention to the show.

Kanye has issued an apology though, tweeting, "The dynamics of Cher and Sonny's relationship made Kim and I grab each other's hand and sing 'I got you babe'. Please pardon my lack of etiquette. We have so much appreciation for the energy you guys put into making this master piece."

Spector has accepted the rapper's apology, telling Entertainment Tonight that his tweet was "just a quick goof," adding, "He was standing and applauding at the end. I'm just glad that everyone in the audience, him included, enjoyed it."

Lil Pump Detained After Flipping the Bird at Danish Cops