Recalling the moment, the country group says, 'They had to run the bomb dogs around our buses before we could leave.'

Gary LeVox, Jay DeMarcus, and Joe Don Rooney had to wait on their tour bus backstage at the Ruoff Home Mortgage Music Center in Indianapolis until bomb sniffing dogs had thoroughly searched the vehicle, and all they could think of was last October's massacre during Las Vegas' Route 91 Harvest Festival, where 58 people lost their lives at the hands of a sick gunman.

Speaking out about the bomb threat drama for the first time, the trio tells Billboard security staff rushed the band out of the venue, while LeVox and his pals were preparing for an encore.

"It was kind of a shock," the singer admits. "I immediately thought of Vegas... We kept saying, 'Hey, you guys have to tell people (concertgoers). Let them know what's going on'".

Rooney praised the security staff at the venue for the way they calmly dealt with the situation.

"They did an amazing job because they didn't say, 'There's a bomb threat...' They got everybody out of that venue," he recalls.

Amphitheatre bosses have been criticised for failing to pass on information to Rascal Flatts fans, who were left puzzled when the show was abruptly halted and they were asked to leave.

Meanwhile, backstage, LeVox reveals he and his bandmates had a nervous wait before they could leave the venue: "They had to run the bomb dogs around our buses before we could leave," he says. "Watching everybody leave, I just kept picturing Vegas".

The bomb threat was a hoax, but the bandmates understand security at the venue couldn't risk ignoring the calls made warning of an explosion.

"You have to take every threat seriously, and (this one) was serious enough for them to... get us out of there," the singer adds.

LeVox previously told ET Canada the person behind the threats made multiple calls to the venue citing a specific time the bomb was set to go off.

Trouble in Paradise? Kanye West Reportedly Refuses to Have Another Child With Kim Kardashian

Rascal Flatts to Go on Farewell Tour After 20 Years Together 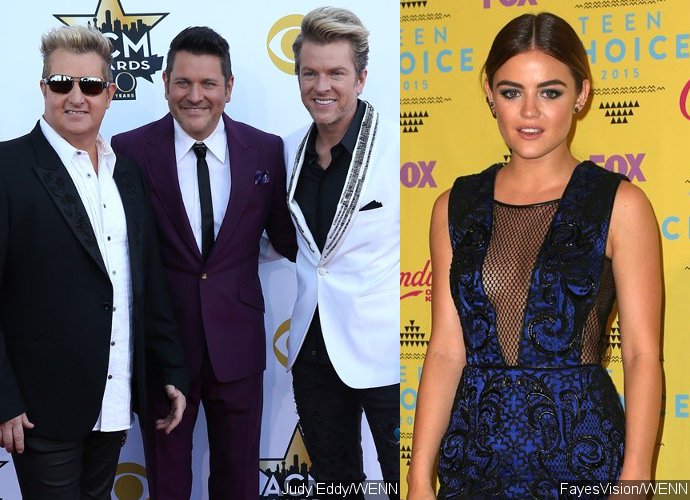