Voltage producers want to sit the 'Lethal Weapon' star down for a deposition, and allege he is trying to avoid the question-and-answer session.

AceShowbiz - Mel Gibson is facing a new legal headache - the producers of his ill-fated Sean Penn film want to question him about the flop.

Production on The Professor and the Madman, about the creation of the Oxford English Dictionary, came to a screeching halt after Gibson and director Farhad Safinia fell out with film bosses at Voltage Productions over financing issues and location disputes.

Gibson and his production partners claimed Voltage bosses reneged on their deal to let Safinia finish shooting the project, and sued the company for breach of contract, according to The Blast, but the judge overseeing the case ruled his legal team provided insufficient evidence to support his claim.

And now Voltage producers are on the attack - they want to sit the Lethal Weapon star down for a deposition, and allege he is trying to avoid the question-and-answer session.

According to documents filed last week, ends August 10 and obtained by the news outlet, Voltage bosses claim they were told Gibson would be spending the entire month of August in Australia shooting a film and could not be burdened with flying back to Los Angeles for a deposition.

They have since discovered Gibson flew to California after a vacation in Fiji, but ignored any requests to schedule a deposition.

The company's lawyers are now concerned they'll miss the deposition deadline on 30 August, and they are asking the judge to grant them an extension.

In the film, Gibson was cast as Professor James Murray, the compiler of the first edition of the Oxford English Dictionary. Penn was to play Dr. William Minor, a patient at Broadmoor Criminal Lunatic Asylum in Berkshire, England, who helped him with over 10,000 words and their meanings. 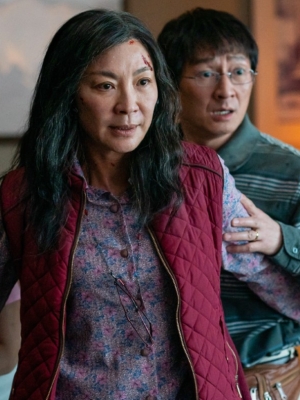