AceShowbiz - Matt Groening is back with a new animated show after FOX's long-running series "The Simpsons". After 2 years in development hell, "Disenchantment" is finally heading to Netflix. The streaming giant also offers a slew of first-look photos of the upcoming medieval animated show.

The first photo features hard-drinking princess named Bean. The ordinary princess of the crumbling medieval kingdom named Dreamland is seen carrying a sword, as if ready to fight someone. Also featured in the photo are her plucky elf friend Elfo and her personal demon Luci.

The next photo finds the trio being trapped in what looks like a forest. Both Bean and Elfo are all ready to face anything that threatens them with the swords in their hands.

Art thou ready for this?
August 17. pic.twitter.com/iY2psJqB96

People also get to see Bean's throne. Donning a pink dress, Bean is seen sitting on her throne with a glass of beer in one of her hands. Her two side-kicks are standing in each side of her. True to her nickname, the princess is seen with a bottle of alcohol in the last photo. Alongside Elfo and Luci, she sits by the window of her castle while enjoying the view of Dreamland. 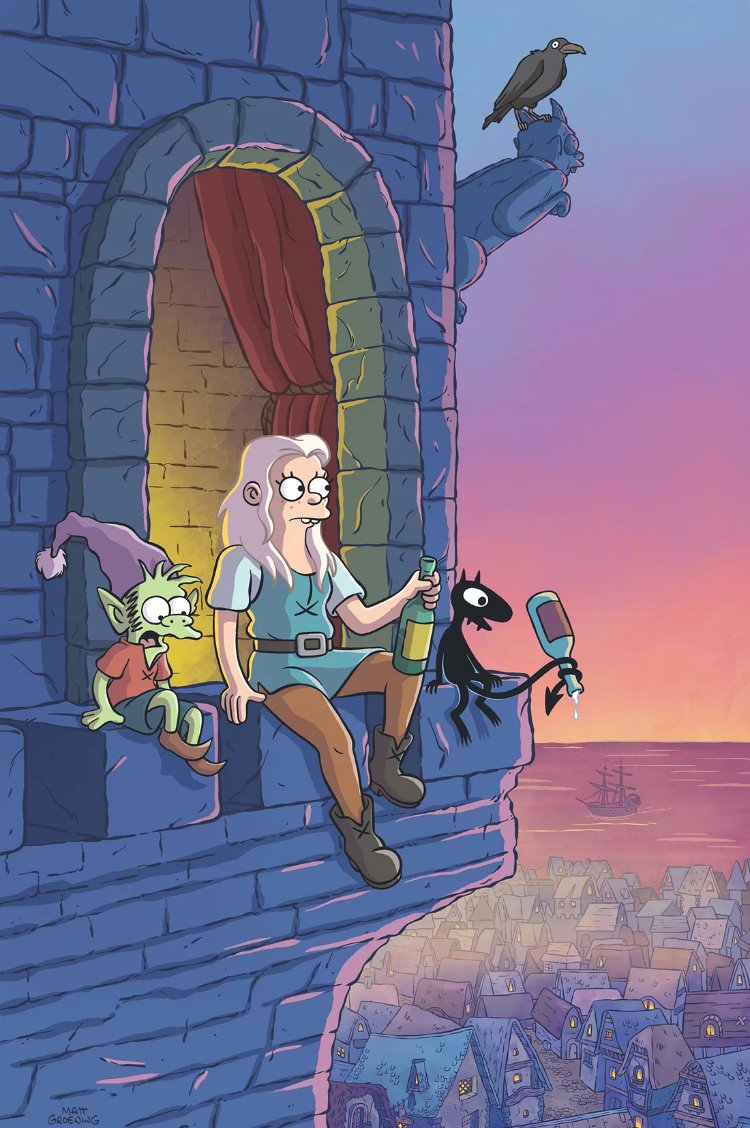 Princess Bean, Luci and Elfo in a first-look photo of Netflix's "Disenchantment".

The 10-episode series takes place in Dreamland and follows the exploits of Bean, Elfo and Luci as they match wits with "ogres, sprites, harpies, imps, trolls, walruses, and lots of human fools." Of "Disenchantment", Groening said last year, "Ultimately, 'Disenchantment' will be about life and death, love and sex, and how to keep laughing in a world full of suffering and idiots, despite what the elders and wizards and other jerks tell you."

"Disenchantment" premieres on August 17 on Netflix.