The character, who is best known as Sabrina's boyfriend and 'the prince charming of this dark fairytale,' will be played by former Disney heartthrob Ross Lynch.

Harvey is best known as Sabrina's boyfriend and "the prince charming of this dark fairytale." The character, who was played by Nate Richert on the Melissa Joan Hart-starring 1990s series, is also described as "the son of a coal miner, a dreamboat and a dreamer, completely unaware of the dark forces conspiring to keep him and Sabrina apart."

On the upcoming reboot, which has yet to get an official title, Lynch joins co-stars Kiernan Shipka, Lucy Davis and Miranda Otto. Shipka was tapped to portray the titular character with Davis playing Aunt Hilda. Meanwhile, Otto will star as Aunt Zelda.

Lynch took to his Twitter account to express his excitement of joining the show. "Harvey Kinkle everybody," he wrote alongside a picture of the character from the original Archie Comics. Lynch, who changed his Twitter account's profile picture to a photo of Harvey, added in a separate tweet, "You guys are gonna binge watch the s**t out of this show."

You guys are gonna binge watch the shit out of this show. ☠️☠️

Prior to coming to Netflix, the reboot was initially developed on The CW as a companion series to fellow Archie Comics series "Riverdale". Formerly titled "The Chilling Adventures of Sabrina", the series will be consisting of 20 episodes.

In addition to penning the script for the pilot, Roberto Aguirre-Sacasa serves as executive producer of the series, which was ordered for two seasons on the streaming giant. Lee Toland Krieger, who directed the pilot episode of "Riverdale", reprises his role for the new series. Greg Berlantie, Sarah Schechter and Jon Goldwater join Kriege and Aguirre-Sacara in executive producing the series.

Described as being tonally in the vein of horror classics like "Rosemary's Baby" and "The Exorcist", the upcoming reboot will feature adventures of Sabrina as a dark coming-of-age story which traffics in horror, the occult and witchcraft.

Kendall Jenner Breaks Silence on Lesbian Rumors: 'I Have Literally Nothing to Hide' 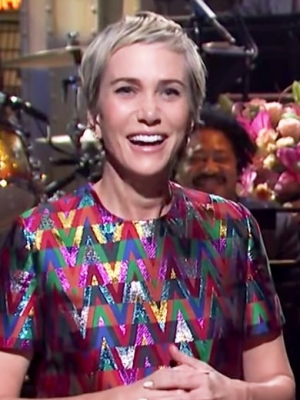