Eminem starts spitting his verse towards the end of the intense track, responding to the lackluster reception to the album.

AceShowbiz - After facing heavy criticism, Eminem has finally responded to the negative reviews for his latest album "Revival". The Detroit rapper has released a remix of "Chloraseptic", which is one of tracks off the album, featuring 2 Chainz and Phresher.

The nearly-five-minute track opens with Chainz casually spitting his lines over the booming beats. Phresher, who only sings the hook part on the original version, then follows it up with his new verse. Eminem comes out towards the end of the song, responding to the lackluster reception to lead track "Walk on Water" featuring Beyonce Knowles. "Not as raw as I was/ 'Walk on Water' sucked?/ B***h, suck my d**k," he raps.

The "Rap God" hitmaker also addresses the criticism about the album's pop guest appearances. "You just called my s**t trash/ Thank God, I rap better when the odds are stacked/ 'Revival' wack, I don't like the 'Zombie' track," he furiously rhymes. "Or when he's talkin' that garbage psychotic crap/ Where's your content at? What's with all the conscious rap?/ Pink, Beyonce this and Kehlani that/ I just added to the fuel in my rocket pack."

The remix received warm response from fans, with many saying that the old Em has returned. "My phone after Eminem's verse from the Chloraseptic remix," a fan tweeted along with a picture of a phone on fire. "Holy s**t. People keep comin at Em saying his stuff is weak?? Saying he doesn't have it. Take a listen to this and be mistaken," another wrote.

My phone after Eminem’s verse from the Chloraseptic remix pic.twitter.com/4YW94ZdVj9

Holy shit. People keep comin at Em saying his stuff is weak?? Saying he doesnt have it. Take a listen to this and be mistaken

It appeared that Chainz was initially featured on the original version of the track, but his verse was cut at the last minute. His involvement on the track was revealed by Phresher during an interview last year. "They were like, 'Oh you know, 2 Chainz is on the record too. Listen to his verse' And I'm like, now we're playing," he shared at the time. 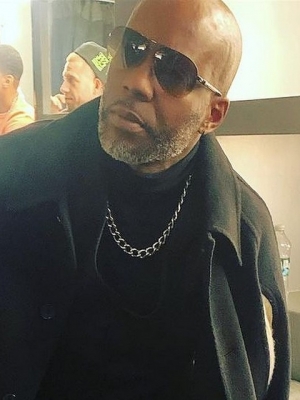 Prince's 2010 Album Finally Gets Release Date After Previously Being Scrapped

Nile Rodgers Calls Out Music Streaming Services: The System Is Unfair to Artists