The over-1-minute chilling video shows Farrell and Kidman as a husband and wife whose life turns disastrous after forming a familial bond with a sinister teenage boy.

AceShowbiz - The teaser trailer for A24's "The Killing of a Sacred Deer" is here. The eerie sneak peek for the upcoming R-rated psychological thriller show %cColin Farrell% and %cNicole Kidman% as a husband and wife named Steven and Anna Murphy, whose life turns disastrous after forming a familial bond with a sinister teenage boy.

Set to the backdrop of an a cappella version of %cEllie Goulding%'s pop hit "Burn", the chilling footage shows Steven meeting with Martin, played by %cBarry Keoghan%. They talk about one of Steven's children who can be seen in the beginning of the trailer having a major medical scare as she is seen suffering from a partial paralysis.

"I'm really sorry about Bob," Martin says of Steven's daughter (%cSunny Suljic%). "It's nothing serious," Steve says, to which the young boy responds, "No, it is." Judging from the following scenes, the boy approaches the Murphy family to take revenge on them as his father seemingly dies at the hand of Steven, the surgeon who operates on him.

Inspired by a Euripides tragedy, "The Killing of a Sacred Deer" centers on Steven, a charismatic surgeon, and a teenage boy who seeks to integrate him into his broken family. When the boy's actions become increasingly sinister, Steven's ideal life starts to fall apart and he is forced to make an unthinkable sacrifice.

The psychological horror-thriller film is set to be released in U.S. theaters on October 27. Directed by Yorgos Lanthimos from a screenplay he wrote with Efthymis Filippou, it was selected to compete for the Palme d'Or in the main competition section at the 2017 Cannes Film Festival, where the writing duo won the Best Screenplay Award. 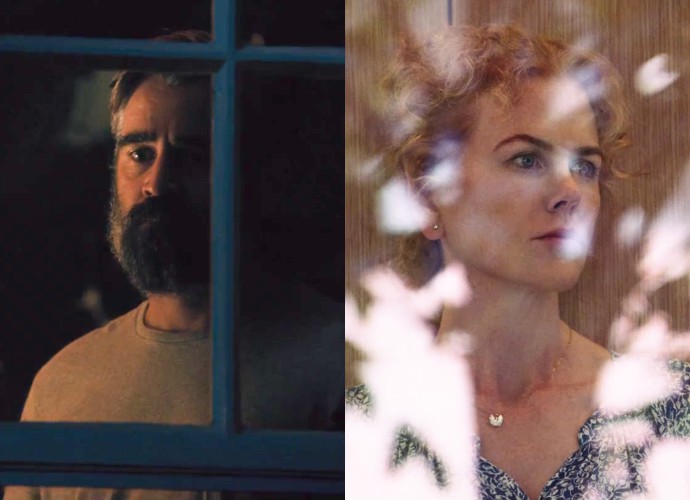