'House of Lies' Gets Canned After Five Seasons

The Showtime series starring Don Cheadle and Kristen Bell will not come back when the current season 5 wraps up this June.

AceShowbiz - "House of Lies" is coming to an end after completing its current fifth season. The series finale is set to air on June 13. Showtime's President David Nevins promises "an incredibly satisfying conclusion with this historic final episode shot in Cuba."

The show stars %cDon Cheadle%, %cKristen Bell%, %cBen Schwartz% and %cJosh Lawson%. They are praised as "one of the best comedy teams on television." Nevins adds, "[Creator] Matthew Carnahan and Don Cheadle have been dream partners and impeccable leaders."

"House of Lies is a comedy that has frequently been ahead of the curve," he says. "Over the course of its five seasons, it has tackled such hot-button topics as gender identity, wealth inequality, white privilege, police brutality, interracial relationships, and code-switching with honesty and a biting sense of humor."

Kristen Bell is now heading to NBC for a new sitcom called "The Good Place". She will share screen with "CSI" vet %cTed Danson%.

Lieutenant Lennox Is Back! Josh Duhamel Is Returning for 'Transformers: The Last Knight' 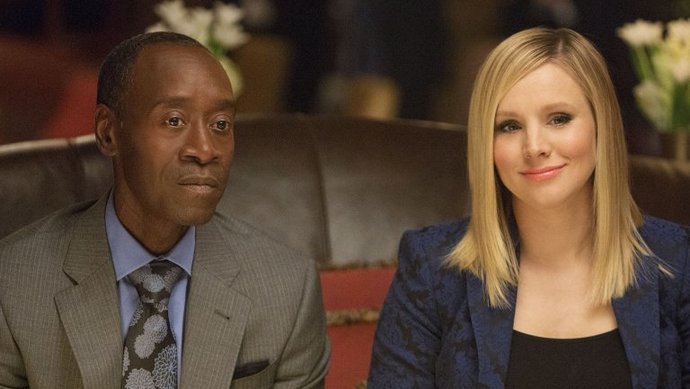 'House of Lies' Gets Canned After Five Seasons