The 25-year-old actress tripped over her own feet while quickly making her way into the BFI IMAX in London, where her co-stars gathered for the premiere.

AceShowbiz - %cJennifer Lawrence% has once again stumbled at a public event. "The Hunger Games" actress tripped over her own feet while attending the premiere of her new film "X-Men: Apocalypse" in London on Monday, May 9.

The 25-year-old actress stunned in a backless silver silk gown which featured cutout in the front to reveal her cleavage. She completed the ensemble with a pair of silver towering stilettos and a simple chain bracelet as well as red lips.

Jennifer, who is well known for her red carpet stumbles, quickly made her way into the event as she tried to avoid the rain outside the BFI IMAX, where her co-stars like %cOlivia Munn%, %cSophie Turner% and %cJames McAvoy% gathered. She suddenly took a tumble and nearly face-planted at the star-studded event. Fortunately, an usher saved her as he lent his shoulder to catch her. 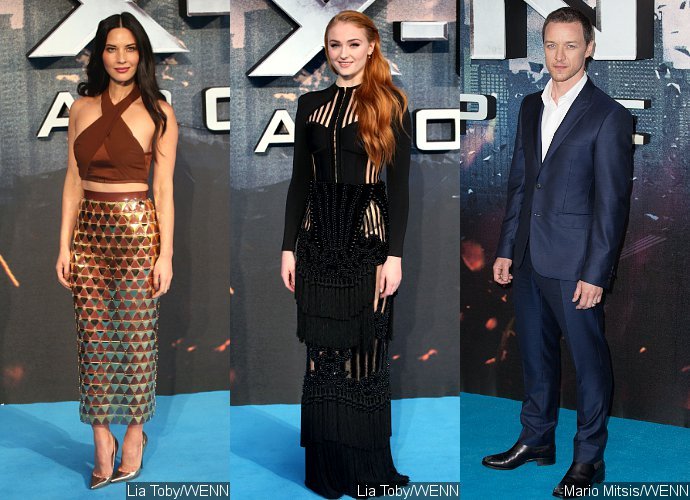 This is not the first time that Jennifer has tripped and fallen at a public event. She made headlines back in November 2015 when she fell at the Madrid premiere of "The Hunger Games: Mockingjay - Part 2". Meanwhile, her most notable tumble was when she tripped up the stairs at the 2013 Academy Awards before accepting her Best Actress Award for "Silver Linings Playbook".

'The Voice' Recap: Watch Top 9 Perform for the Spots in Semifinals

Jennifer Lawrence's Wedding Gown Has Its Own Hotel Room

Jennifer Lawrence to Walk Down the Aisle This Weekend