The 'Suicide Squad' actor clarifies Aisha Tyler when she refers to Cleo Wattenstrom as his 'girlfriend' during his visit to 'The Talk'.

AceShowbiz - %cJoel Kinnaman% is married but not many people know about it. The Alex Murphy of "RoboCop" reboot confirms he has tied the knot with his girlfriend Cleo Wattenstrom when dropping by "The Talk" to promote his new movie "Suicide Squad".

The 36-year-old actor reveals about his marriage when %cAisha Tyler% asks him what his tattoo artist "girlfriend" thinks of the body ink he got with his "Suicide Squad" co-stars. "My wife," the Hollywood hunk clarifies the host before adding, "She was laughing at it."

"A lot of tattoo artists are not so precious about their tattoos. My wife, she's got this, I call it 'Mr. Baby.' It's like a baby with a mustache on it. They're all friends, they get drunk and do tattoos on each other. They're actually the ones that are the least precious about it. She was like, 'His line work needs some work!' "

Kinnaman got a "SKWAD" tattoo from %cWill Smith%. "It was like watching a drunk baby trying to fly a helicopter," he jokes about his co-star's tattooing skills. "[Will] was the only one who didn't get it. He bailed ... He pulled his Will Smith card ... and we weren't gonna fight him on it."

Joel Kinnaman was first linked to Cleo Wattenstrom in 2014 after he split from %cOlivia Munn%. 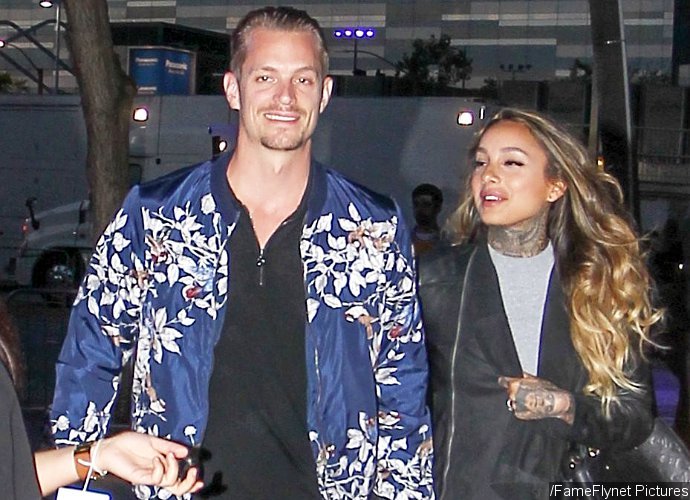