The 'Fifty Shades of Grey' actor is officially a father of two after his wife gave birth to their second child together.

AceShowbiz - %cJamie Dornan% is a father again! The "Fifty Shades of Grey" actor and his wife %cAmelia Warner% have welcomed their second baby together. Sources tell ET that the couple's newest addition is a girl and she was born in London.

Amelia confirmed the birth of her second child when stepping out with a Bugaboo pram in Notting Hill on Monday, March 14. The 33-year-old English actress was all smiles during the outing, wearing a loose white shirt paired with a black coat and jeans.

The news comes as Jamie has been busy filming "Fifty Shades Darker" in Canada with %cDakota Johnson%. On Wednesday, March 16, Jamie and Dakota were seen sharing an awkward kiss on the Toronto set. The 33-year-old actor wrapped his arm around the back of the 26-year-old actress, and gave her a friendly peck.

Jamie and Dakota appeared to have been shooting a restaurant scene, with the couple sitting across a table with some wine glasses filled with water. At one point, she was seen looking bored and using her phone, although it's unknown whether that was part of the scene or during a break in shooting.

Third Child on the Way for Jamie Dornan and Amelia Warner 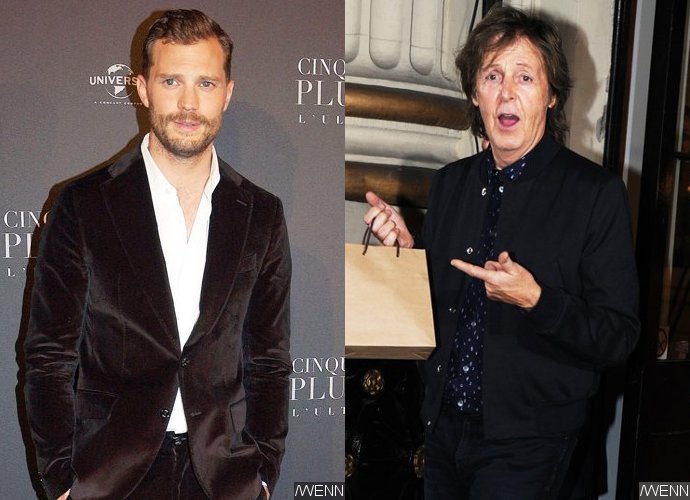