The black-and-white shot showed her baring her butt for the camera in black bunny ears and a dark ribbed high-neck sweater.

AceShowbiz - Kendall Jenner celebrated Easter Sunday by sharing a half naked photo of herself on Instagram. The black-and-white shot showed her wearing nothing but black bunny ears and a dark ribbed high-neck sweater that covered her entire face. "woke up like Hoppy Easter!" so Kendall captioned the pic that exposed her naked butt. 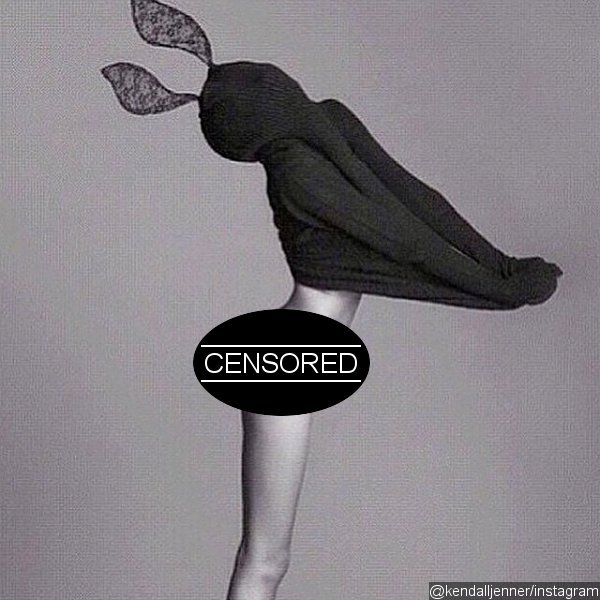 The photo has received more than 800 likes and generated 97,000 comments since being shared on the social media over the weekend. However, it was widely believed that the woman in the photo was not Kendall as the image has reportedly been circulating online since early 2012, when the reality TV star was just 16 years old. The pic was claimed to be from an artistic Russian fashion shoot.

Kendall herself is no stranger to baring her curvy body for the camera. She has also often exposed her flesh on the catwalk, modeling the lines of some famous designers. The 19-year-old model has not yet addressed the much talked black-and-white Instagram photo though.