Biel, who plays a woman who suffers from a unique condition with no health insurance, brings her case to Gyllenhaal and expresses her interest in him.

AceShowbiz - %cJessica Biel% and %cJake Gyllenhaal% find each other in the first trailer for "Accidental Love". Formerly known as "Nailed", the political comedy film sees Biel, who is a waitress, having a unique condition. Her boyfriend, played by %cJames Marsden%, was proposing to her at a restaurant when someone accidentally shot a nail on her head.

Faced with the possibility of changed personality and other difficulties which come after the incident, Marsden wants a break-up. Biel who doesn't have an insurance cannot get surgery. She then brings her case to Washington D.C. to meet a congressman played by Gyllenhaal for help. "I'm from your district. I saw you on TV, you looked great," Biel gushes.

Marsden, however, still has some feelings for Biel despite the split. "Alice is on TV. She's amazing," he says. "I might still be in love with her."

"Accidental Love" has faced some setbacks since it was announced in 2008. David O. Russell was originally credited as director and co-writer, but now it has Stephen Greene as director. In addition to the "Total Recall" star and the "Nightcrawler" actor, the movie features appearances from %cTracy Morgan% and %cJames Brolin%. It is set to hit U.S. theaters on February 20. 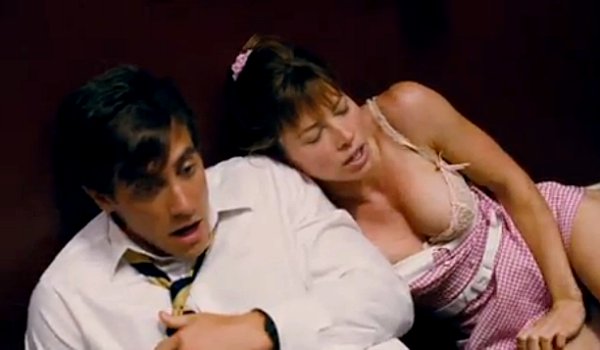