The two stars, who were involved in a No Limit Vs. Cash Money feud for years, finally appear on a song together.

AceShowbiz - After spending years being involved in a No Limit and Cash Money feud, Master P and Lil Wayne made history by finally joining forces for a new track. The collaboration called "Power" was premiered in full over the weekend as a preview of Master P's "We All We Got" mixtape featuring his Money Mafia crew.

On it, the two New Orleans spitters brag about money, power and their lifestyles. "All I want is power, money and the power/ Money Mafia, middle fingers to you cowards," Master P raps over the beat produced by BlaqNMild. Also dropping some guest verses on the track are Money Mafia's Gangsta and Ace B.

As fans know, Master P's No Limit imprint and Wayne's Cash Money have been in some sort of competition since the '90s. "Power" marks the two stars' first time to have ever appeared together on a song.

Master P and his Money Mafia's "We All We Got" is coming out on Monday, January 5.

Master P In Talks to Buy Reebok for $2.4 Billion 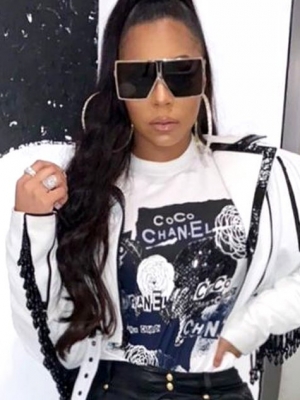 Hillary Scott of Lady A Came Close to Do Solo Debut With Carrie Underwood's 'Jesus, Take the Wheel'