Panic At the Disco Bring Back '!', Drummer Explains Why

The return of exclamation point to Panic At the Disco's name is aimed 'to reinforce that Panic! At the Disco is not breaking up,' Spencer Smith says.

AceShowbiz - With the departure of Ryan Ross and Jon Walker from Panic At the Disco, the band are now deciding to bring back the exclamation point, which was dropped from the band's name in January 2008. In an interview with MTV, drummer Spencer Smith explains the reason behind his and Brandon Urie's decision to pick up the punctuation mark again.

"For me and Brendon, there were aspects of our first album that did sort of go away on 'Pretty. Odd.' that we'd like to bring back to our band," Spencer says. "There's some theatricality and some different styles of music, and we want to make a record that is drawing from both our previous albums."

"And it just seemed like it would be a fun thing for our fans. Hopefully, there's less of a big deal [made] about it coming back than there was about it going away. It seems like a new chapter, so having that as part of the band seemed like something we could bring back ... to reinforce that Panic! At the Disco is not breaking up, it's still going."

When this band removed the exclamation point last year, ex-member Ryan said it happened because he was a "bit annoyed" with the fact that he had to write the mark every time he wrote the band's name. Now that the punctuation mark is back, MTV questions about who included it in the band's name for the very first time. "I think Ryan may have brought it up, I don't remember, it was a few years ago," Spencer answers.

"Ryan had put it on our PureVolume site - before we got signed, before Pete [Wentz] heard any of our songs - he typed it that way on the site, saying, 'Oh, that would be a cool thing,' and it completely stuck. I always thought it was a cool thing, but I think he always had a thing where, like, it wasn't actually supposed to be part of the name, so maybe it was him who brought up losing it. I don't know. Hopefully people won't freak out about it again."

MTV EMAs 2018: Panic at the Disco Scales Down Building During Performance 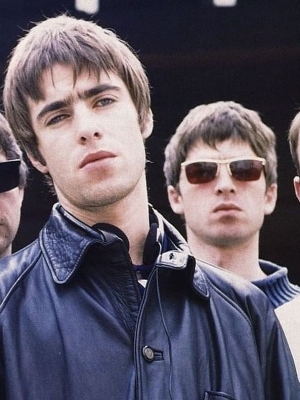 Moneybagg Yo Reclaims No. 1 on Billboard 200 Chart With 'A Gangsta's Pain'